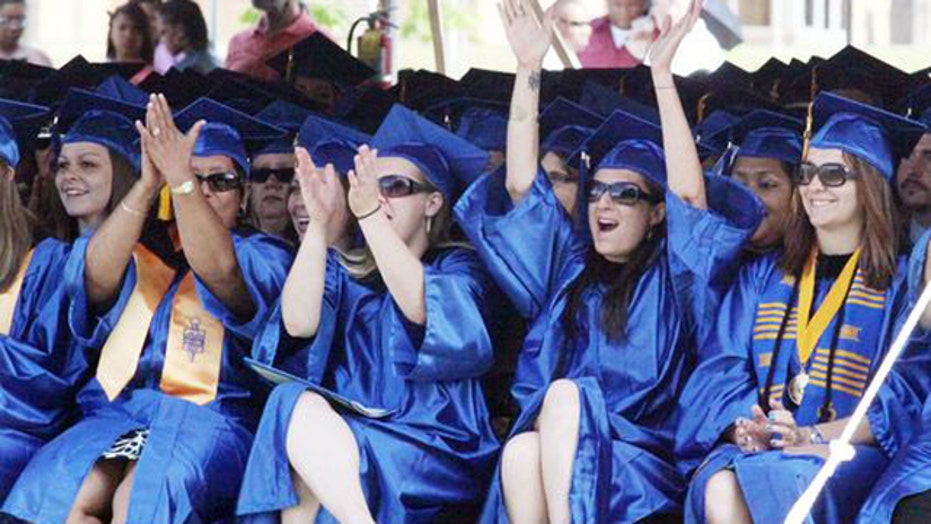 Should community college be free?

In his State of the State address last Monday, Tennessee Gov. Bill Haslam announced a proposal to make community and technical colleges free for all graduating high school seniors in the state.

The program, which the Republican governor called "Tennessee Promise," would create an endowment from the Tennessee Education Lottery to cover tuition and fees at the state's community colleges. The proposal would cost the state about $34 million a year.

David Baime, the senior vice president of government relations for the American Association of Community Colleges, applauded the plan.

"We think it's a very exciting idea," Baime told FoxNews.com. "The governor's proposal is designed to make tuition free for any student who graduates high school, enrolls full-time, who does well academically and who stays in school. So there's little bit of asking something from the student, as well as giving the student the ability to not pay any tuition."

Tennessee already offers the merit-based Hope Scholarship, but this plan differs because it would guarantee free tuition for all of the state’s high school graduates at Tennessee’s community and technical colleges.

"We're seeing an immense, really it's not an overstatement to call it a revolution, in higher education," Baime said. "With the ability to deliver college courses through online means and in different modes ... we're seeing more and more people accessing higher education and we firmly believe that the demand for this is going to increase over time."

But some argue the "Tennessee Promise" is far from perfect. The plan calls for reducing Hope scholarships for freshmen and sophomores at Tennessee's four-year universities to $3,000 from the current level of $4,000. Tennessee Rep. Steve Cohen, who was instrumental in developing the state's Hope Scholarship program, argued the governor's plan could discourage enrollment from the state's top universities.

"Over the last 10 years, the Hope Scholarship program that I worked for 20 years as a state senator to create has been an unparalleled success," Cohen said. "But the governor's 'promise' actually cuts funding from high-achieving students beginning four-year degree programs."

Baime agreed that the Hope Scholarship has achieved many of its goals, but argued the "Tennessee Promise" would make Tennessee citizens better educated.

"We think that an over-emphasis on the baccalaureate degree, as important as that degree can be for many people, is a mistake," Baime said. "Many of the jobs in our economy these days don't require a four-year degree. An associate's degree, a two-year degree, or even, in some cases, a one-year certificate ... give people very good jobs."