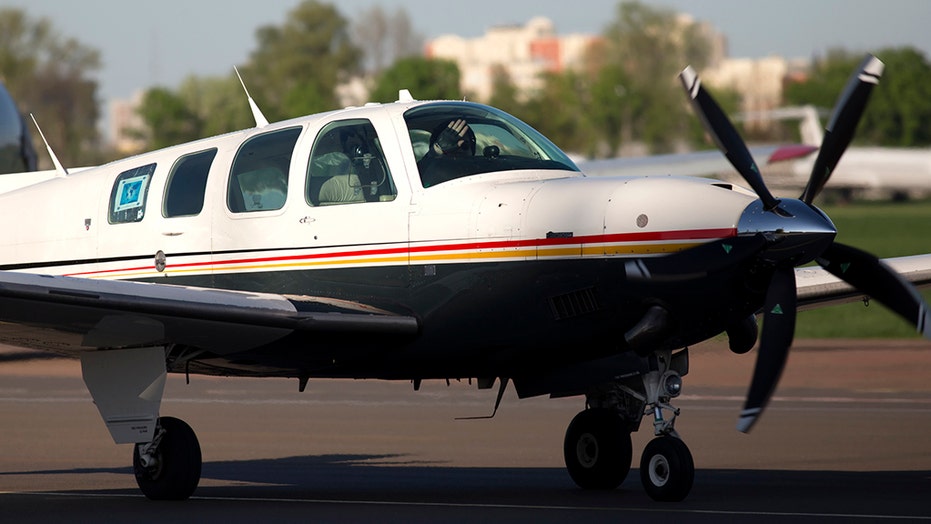 A pilot and a passenger were killed Saturday when a single-engine plane crashed and erupted in flames shortly after taking off from a Long Island airport, but a dog on board survived, according to reports.

Firefighters from the Town of Southold responded to the crash site on Long Island’s North Fork and Federal Aviation Administration officials said the plane involved was a Beechcraft A36 Bonanza.

Southold Supervisor Scott Russell confirmed the deaths of the two people, Long Island News 12 reported. The victims have not been identified.

A farmer took in the dog.

The plane flew low and then crashed on land owned by a farmer in Riverhead, Newsday reported.

Russell told Newsday the plane had engine trouble, circled once and then crashed.

The plane crashed on land belonging to a farmer.

"Firefighters, police officers and rescue personnel arrived at the scene within minutes and put out the ensuing fire," the farmer's daughter, Evelyn Martinez, told the paper. "This is a sad tragedy, and our thoughts and prayers go out to the family of the passengers of the aircraft."

“The person who was driving the plane obviously cared about the residents and put it down as best he could in the safest place possible,” he said.

The Beechcraft departed MacArthur Airport in Ronkonkoma around 9 a.m. and crashed about 15 minutes later, News 12 reported. It was headed to Bedford, Mass., Russell told Newsday.