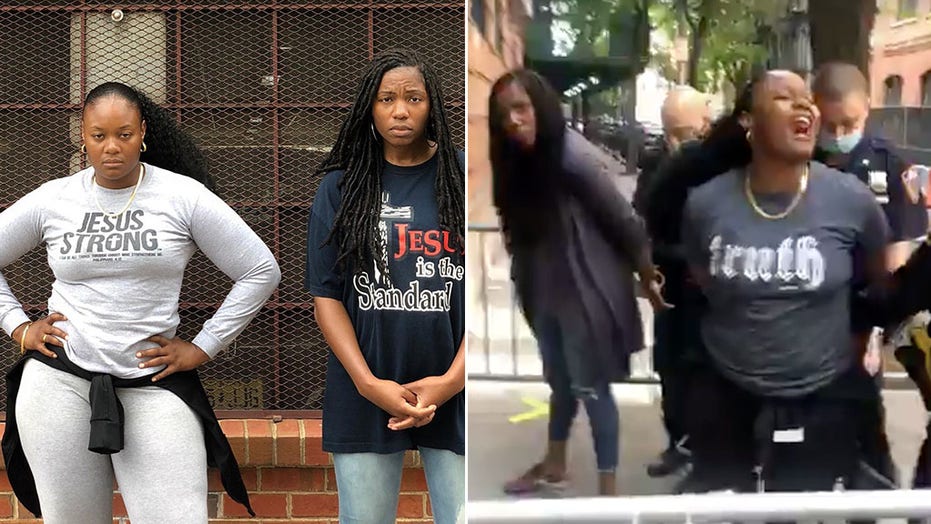 Two women were seen being handcuffed by police on the sidewalk outside a New York City Planned Parenthood abortion clinic late last month — and they're calling it a double standard since it happened the same week that thousands gathered in crowds to protest the police-related death of George Floyd.

Pro-life advocates Bevelyn Beatty and Edmee Chavannes, co-founders of At the Well Ministries, were handcuffed May 30 on the sidewalk outside the Margaret Sanger Planned Parenthood Center in Manhattan for allegedly violating Mayor Bill de Blasio's coronavirus-related social distancing guidelines.

"This is a clear statement of their bias now. It's blatant now," Beatty told Fox News, noting the crowded Floyd protests. "It's really truly biased against Christians, against pro-life abolitionists."

Pro-life advocates Bevelyn Beatty and Edmee Chavannes, co-founders of At the Well Ministries, pictured at the Margaret Sanger Planned Parenthood Center in Manhattan where they were handcuffed on May 30. (Bevelyn Beatty)

Planned Parenthood called the police on the two women, who were issued citations for failure to disperse and given a September court date, Live Action News reported. It happened as the Big Apple reportedly has seen a spike in murders and shootings amid the looting and protests following Floyd's death.

Police told Fox News there were no arrest records for the two women, but video showed officers handcuffing them and leading them inside an NYPD vehicle.

"We're black women but we do not support Black Lives Matter because they're hand-in-hand with Planned Parenthood that kills African-American babies," Beatty told Fox News. "They're fraudulent hypocrites... and I believe all lives matter because God created them. There are thousands of George Floyds that die every day in their mother's womb and it's just as injust as when he died at the hands of that police officer."

MINISTRIES HOLD DAILY SERVICES AT SITE OF GEORGE FLOYD'S DEATH: 'FROM HATRED TO HEALING AND HOPE'

Beatty called it "ironic" they were cited for "illegally protesting" and claimed de Blasio and Gov. Andrew Cuomo were pushing an agenda and didn't care about saving lives.

“Let me tell you something, Christians get it the worst,” Beatty said in a Facebook Live video moments before she was handcuffed. “I have not been so harassed by the police until I started doing this!"

"Arrest the abortionists, they're in the building," Chavannes said. "Churches are closed in New York City but this place is open?"

Conservative activist David Benham was arrested in April for violating stay-at-home orders when he was providing counseling outside a North Carolina abortion clinic. Similar arrests have been made in other states.