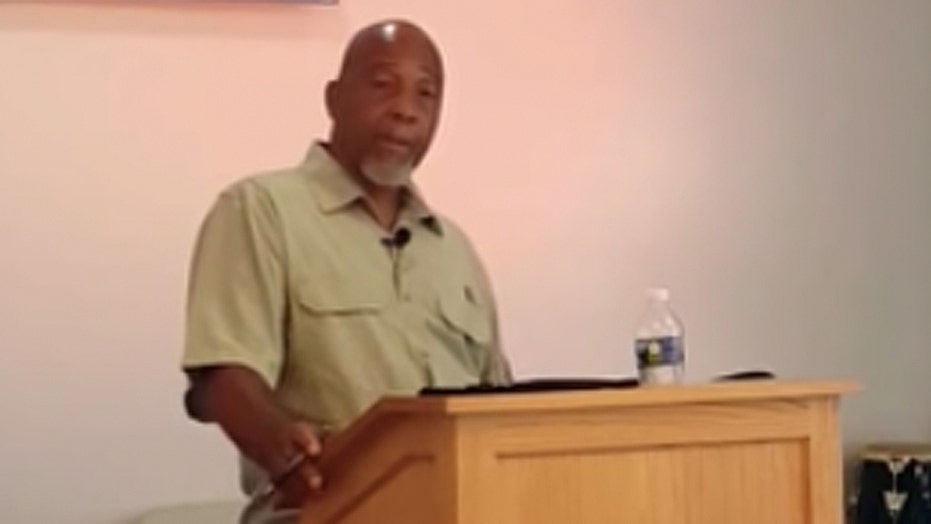 Law enforcement in Virginia apologized to a black Christian pastor who was arrested after calling 911, and pulling his legal firearm against a group of white people who now face hate crime and assault charges.

Shenandoah County Sheriff Timothy Carter announced Friday that prosecutors dropped a charge of brandishing a licensed handgun in self-defense against Pastor Leon McCray Sr. He also said five people accused of threatening to kill the pastor after trying to dump a refrigerator on his Woodstock property were being charged.

McCray, a retired Air Force veteran, described the events leading to his arrest in a June 7 sermon titled "For such a time as this" at Lighthouse Church & Marketplace Ministries International.

The pastor said he was visiting an apartment property he owns in Edinburg on June 1 when he saw a man and woman dragging a refrigerator to his dumpster. They "jumped in his face" when he asked them to leave.

They threatened him and returned with three more people, attacking him physically, saying "they don't give a darn" about "my black life and the Black Lives Matter stuff," and telling him they "would kill" him, McCray said.

"Being threatened and fearing for my life, I took and felt compelled to pull my legal concealed weapon to save my life, and when I did that, finally these individuals backed up long enough for me to call 911," McCray recounted, calling it a very "traumatic experience."

Upon arrival, deputies took McCray's gun while talking to the five individuals, who continued to threaten and yell racial epithets at him.  McCray said he was "handcuffed in front of the mob" and wasn't given the chance to tell his side of the story.

"I felt, literally, like I had been lynched without being killed," McCray said, calling it "indeed the most humiliating, dehumanizing, damning and violating event of my life.”

The arrest “would not be tolerated if I was white," he said.

Sheriff Carter met with McCray two days after the incident. He said four of the five were already charged with assault or trespassing, but after hearing from the pastor, he initiated a review that led to additional charges against all five. Carter said he also urged a prosecutor to drop the weapons charge against McCray.

“As I told Mr. McCray, if I were faced with similar circumstances, I would have probably done the same thing,” Carter said.

Attorney Bradley G. Pollock, representing Sharp, told the Washington Post his client and Amanda Salyers assumed they had permission to dump the refrigerator in McCray's dumpster, before returning it to their own property.

“I want the people of Shenandoah County to know that I and the sheriff’s office staff appreciate and care about the minority communities, and especially our black community,” the sheriff said.