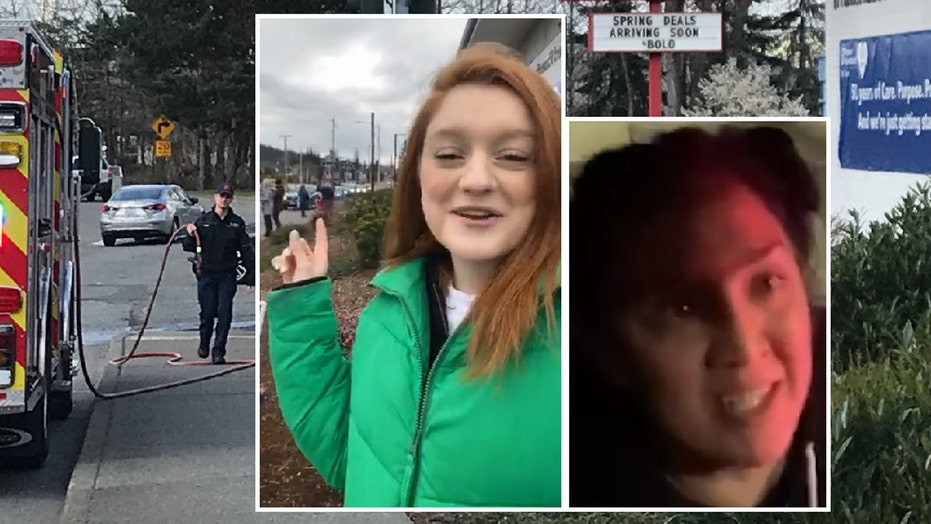 Autumn Lindsey, a student spokesperson for Students for Life of America (SFLA) and a leader in Whatcom Community College Students for Life, shared on Facebook Live the reaction in Bellingham, Wash., to the 40 Days for Life campaign. The goal of the prayerful protest is to end abortion and encourage pregnant women to carry their children to term.

She detailed a man who exposed himself to the group when he stopped at a red light, women who yelled "My body, my choice" and "Hail Satan," and someone else who threw a vial with liquid at them.

"We are in week two of 40 Days for Life and we've already seen this much hate and friction, and, so, you could take it as discouraging," Lindsey said. "I think their goal is to scare us away, but that's not going to happen."

"The threats and vitriol must be stopped. Every day it seems like we hear of a new account of vandalism, threat of violence, or acts of intimidation towards peaceful pro-lifers," Hawkins said. "What happened Saturday shows us the worst of the worst of the pro-choice movement; obscenity, Satan worship, and lewdness towards students. We firmly reject all acts of violence and intimidation towards our students."

The organizer of the local 40 Days for Life campaign said she expected opposition, but didn't think it would be so violence-oriented.

"They say to us, 'We hope you get raped,' 'We hope you die,' 'Your mother should've aborted you,' and every cuss word that you can imagine," she said. "It's just so, so violent, so dark."

One of the students described when a man exposed himself.

"We were just silently praying here on the corner and this man -- it's a stoplight and it's red -- and he exposes himself to us," she said. "One of us was a minor ... It's just insane."

Another member said a gang of teenage boys screamed profanities in their faces, and a bicyclist rode by and threw a vial with an unidentified liquid that shattered on the sidewalk.

The police department and fire department responded to make sure it wasn't hazardous. The group called police on four separate occasions.

Lindsey explained that her group doesn't yell or harass women entering the abortion clinic but tells them, "We love you and there are other options, and that we have resources and will support you."

Anti-abortion protesters and their events have been disrupted by violence before. Last year, an SLFA event in Minnesota was evacuated due to a bomb threat, and a student was arrested for punching an anti-abortion activist at the University of North Carolina Chapel Hill.

An 85-year-old man was assaulted while he prayed outside a Planned Parenthood in San Francisco during last year's 40 Days for Life campaign.