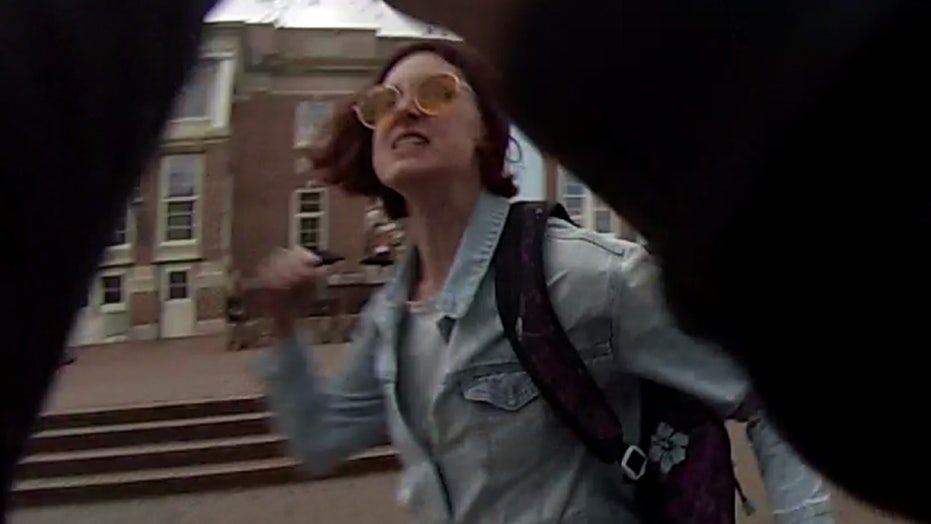 A liberal college student was arrested for assaulting a representative of the pro-life group Created Equal after she attacked him at the University of North Carolina Chapel Hill - and it was all caught on camera.

Jillian Ward, 19, a pro-choice feminist and aspiring journalist, said she was triggered by graphic photographs depicting aborted children put up by Created Equal. The group uses the images to show "the gruesome reality of abortion and to engage students in conversation about this human injustice."

Ward approached the group's display on April 2, asking them, "Did y’all put these up?”

When Austin Beigel confirmed that he did, she raced toward him with fists flying. Beigel was allegedly punched in the face a number of times and was also hit in the stomach.

UNC campus police arrested Ward and she is expected to make a court appearance in June.

Mark Harrington, president of Created Equal, told Fox News this is part of a bigger trend on college campuses.

"Students being groomed on college campuses to be leaders, writers, and thinkers of the Left are increasing in censorship and violence against those with whom they disagree," Harrington said.

Last year, Thomas Metcalf, 21, a member of the Young Democratic Socialists of America at IU and Black Lives Matter, was charged with disorderly conduct, vandalism, and larceny-theft on Oct. 4 attacking Created Equal's protest.

Harrington pointed out Pennsylvania state representative Brian Sims' recent harassment on camera of pro-life women and teens is indicative of what it looks like when students like Ward come to power.

Biegel, who was traveling with Created Equal across 14 college campuses in three states, said "violence from abortion supporters is becoming more common" in a post on Facebook. He has forgiven Ward and asked others to pray for her.