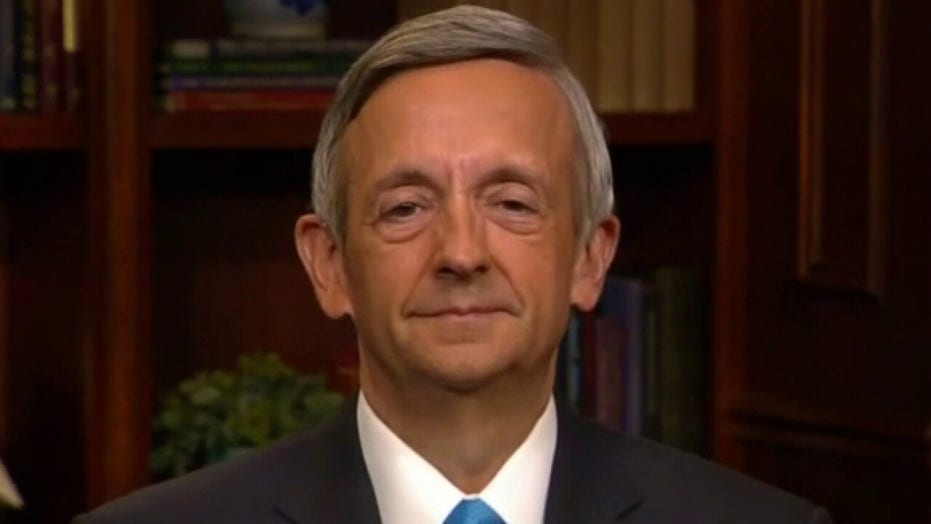 Pastor Robert Jeffress addressed the “only cure” to racism and lawlessness Sunday in the wake of George Floyd’s death and the protests and riots that have followed.

Jeffress, the pastor of 14,000-member First Baptist Church of Dallas, Texas, said some in his congregation had been wondering what his response would be to the headlines in the last few weeks.

“As Christians, when we look at what’s happening in our nation, we need to look at the situation through a unique prism,” Jeffress told his congregation: “the word of God.”

“God hates racism,” Jeffress said of the first point. “To hate a person because of the color of his or her skin is to hate the God who gave that person the color of their skin.”

He said it’s blasphemy against God to hate someone because of their skin color.

He said, to applause, that all are welcome to the church today, regardless of race, unless they hate others because of their race: “You need to go find another church. You are not welcome here.”

“God hates lawlessness,” Jeffress said of the second point, adding that protests are good but there is a big difference between peaceful protests and looting and rioting, especially burning down buildings, including churches.

“The call to completely dismantle or defund the police is completely contrary to the teachings of the Bible,” he said.

Jeffress said churches that are having listening sessions and posting things on social media are only putting Band-Aids on the problem.

And the solution, “the only cure,” is “faith in Jesus Christ,” he said. “The only person who can change their heart and their behavior.”

“We are dealing with the problem, not the symptoms of the problem,” he said. “Be reconciled to God.”