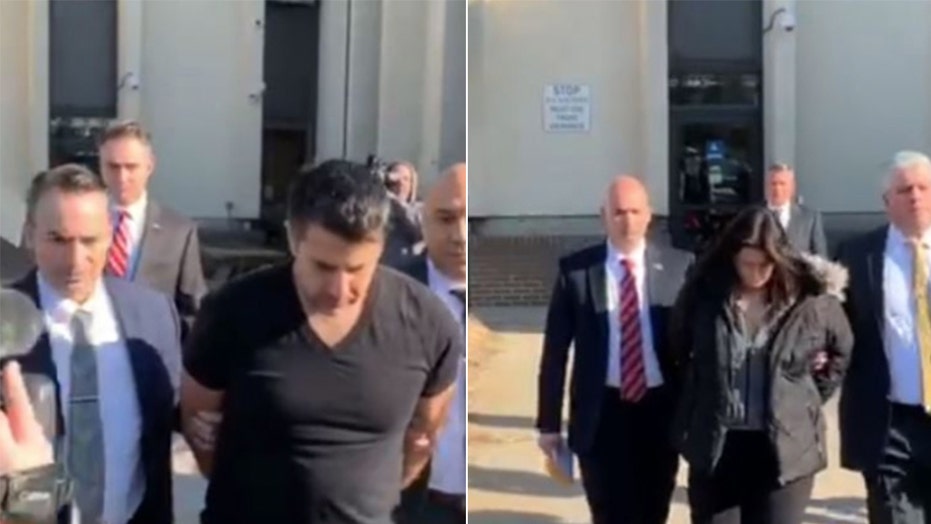 A New York City cop was charged Friday with murder after police say he forced his autistic 8-year-old to spend the night in a freezing garage after abusing him, according to reports.

His fiancée, Angelina Pollina, 42, was also charged with murder in the boy's death.

That's when Valva called police to report the boy was unconscious after falling in the driveway of their home in Center Moriches, the station reported.

Authorities said the boy had been subjected to freezing temperature overnight in the unheated garage when the outside temperatures dipped to 19 degrees, Fox 5 reported.

Thomas’ body temperature was 76 degrees before he reached the hospital and was pronounced dead, according to the station.

Investigators said the boy had never fallen in the driveway and had head and facial injuries that indicated signs of abuse.

Valva had been a New York City police officer since 2005.

Police said they believe Valva punished Thomas, and another son who was 10, by depriving them of food and exposing them to the cold, according to reports. They said they were still investigating if Valva's third child, a 6-year-old boy, had also been abused.

Pollina was the mother of 11-year-old twin daughters and a 6-year-old girl, according to reports.

Police were looking into whether child welfare workers were notified of the abuse, WABC-TV reported.

"We are going to look at every interaction that this child had with the system, and we're going to follow through and make sure we investigate every avenue," Suffolk Police Commissioner Geraldine Hart said, according to the station.