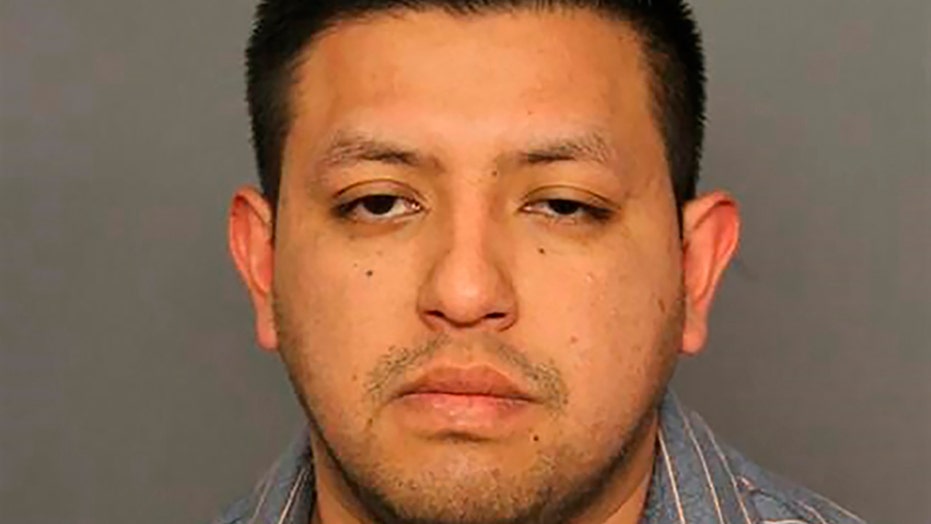 A Denver police officer has been arrested after a woman he met during an investigation last month accused him of sexual assault, authorities said Saturday.

Johnny Leon-Alvarez, 29, was booked at the Denver Detention Center in the investigation of a sexual assault reported early Friday and was suspended without pay, the Denver Police Department said in a statement. He has been a Denver police officer since 2018.

An arrest affidavit said Leon-Alvarez first met the 27-year-old victim last month when he and other officers responded to a domestic call at her home, FOX31 Denver reported. The woman told police she called "regarding an argument she had with her significant other.”

Leon-Alvarez kept in touch with the woman following the call, according to local media that obtained the affidavit.

Leon-Alvarez was suspended without pay from the police department during the investigation of sexual assault reported early Friday, according to a statement by Denver police officials. (Denver Police Department via AP)

“One of the officers who responded began texting her afterward to check on her,” the Denver Post reported, citing the affidavit. “Over time the (texts) became flirty, until the previous evening (Thursday) when they arranged to go on a date.”

The woman said in her statement that they had a “couple of shots and a couple of beers” before Leon-Alvarez drove her home just after midnight on Friday. She said she does not remember how Leon-Alvarez got into her house, where she told him “no” and tried to push him off of her.

The roommate corroborated the woman’s report, saying she heard the woman say “no” and “please stop” several times, according to the affidavit.

Leon-Alvarez was held Saturday at the detention center, with bail set at $50,000. He was released later that day, FOX31 reported.