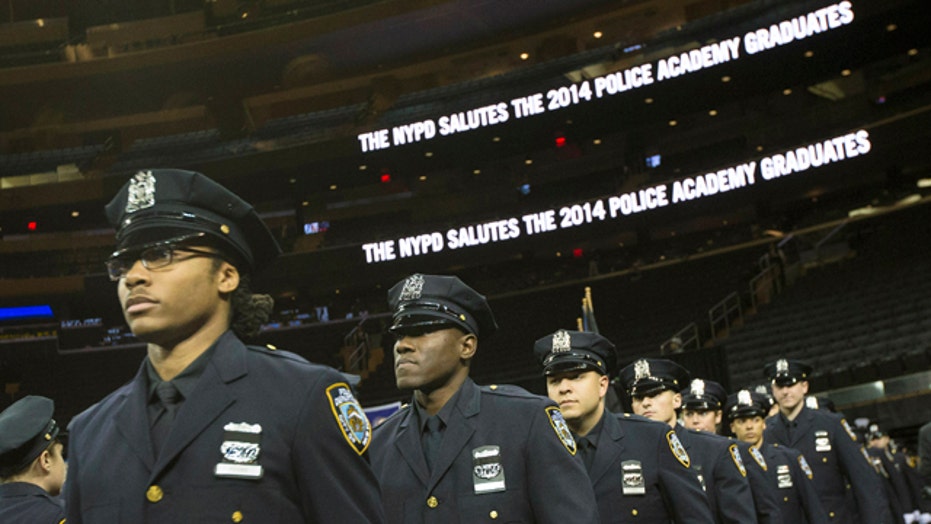 Cops on the beat and their bosses believe they are under attack from President Obama and Attorney General Eric Holder, New York City’s police commissioner said Sunday.

Commissioner William Bratton said on NBC’s “Meet the Press” that the president and the attorney general have to see why police have the anxieties and perceptions they have as law enforcement grapples with the fallout from the Michael Brown and Eric Garner cases.

“They really do feel under attack, rank-and-file officers and much of American police leadership, that they feel they’re under attack from the federal government at the highest levels,” Bratton said. “So that’s something we need to understand also, this sense of perception that becomes a reality.”

He added, “We have a lot of talking we’re going to have to do here to understand all sides of this issue. This is not a one-sided issue.”

On the program the commissioner also said the rift between New York City cops and Mayor Bill de Blasio is going to take a lot more time to heal.

“However we will be making an effort to sit down and talk with the (police) union leaders, in particular, to deal with their issues,” Bratton said.

On CBS’ “Face the Nation” Bratton criticized his officers for turning their backs on de Blasio Saturday as the mayor eulogized fallen police officer Rafael Ramos.  Hundreds of police officers standing outside the church where Ramos was being laid to rest turned away from TV screens showing de Blasio as he delivered his eulogy.

Ramos and his partner were killed Dec. 20 when a gunman ambushed them in their patrol car on a Brooklyn street.