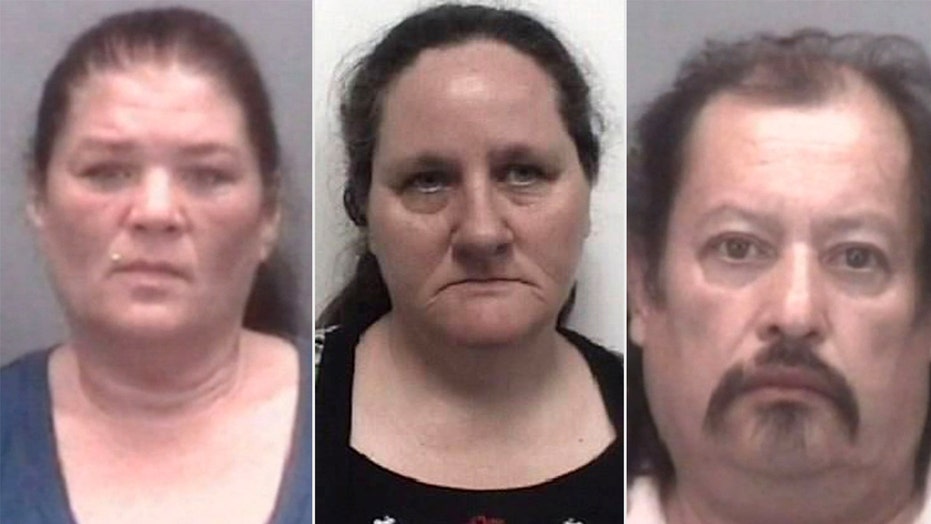 Three people were arrested in North Carolina on Wednesday after the mother of a 2-year-old girl allegedly traded her daughter to a couple for their car.

Alice Todd, 45, allegedly swapped her own child for a 1992 Plymouth Laser — owned by Tina Chavis, 47, and Vicenio Mendoza, 53 — in 2018. The toddler was brought into a hospital in July with bruises, prompting a police investigation.

Alice Todd, center, allegedly swapped her child to Tina Chavis and Vicenio Mendoza for a 1992 Plymouth Laser, according to investigators. (Thomasville Police Department)

The child was placed into the care of a family member. Authorities said Todd gave the child to Chavis and Romero in exchange for a vehicle.

"I'd see them out on the porch. She really took care of the kid," she said.

The three were indicted Monday and charged with unlawful sale, surrender or purchase of a minor and jailed under a $50,000 bond each. They're scheduled to appear in court Oct. 21.