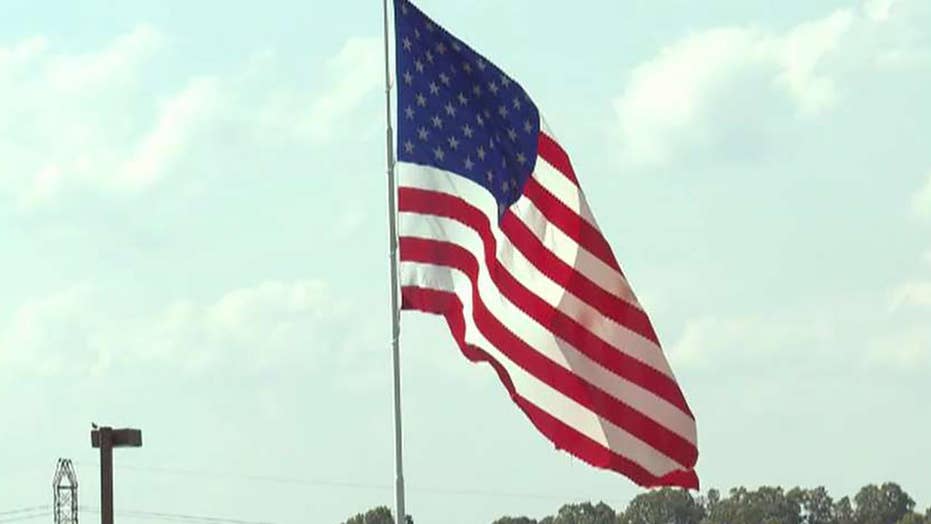 The city of Statesville, N.C., originally filed a lawsuit against recreational vehicle company Camping World demanding the flag to be taken down due to city ordinance laws.

A vote in North Carolina to bring an outsized American flag into compliance with a city code has failed to diminish the controversy surrounding the Star-Spangled Banner.

Gander RV in Statesville is now facing a fine of $50-a-day for displaying a flag that violates the city’s size limit on flags in a highway business zone.

On Monday night the Statesville City Council took up a measure that would have increased the size limit but the vote failed, 5-3, according to WBTV.

“Unbelievable. I’m stunned,” Gander RV owner Marcus Lemonis said, according to the station. “When they are faced by people holding them accountable they say the right things, then when they are there to vote and do the right thing they do the wrong thing.“

The Statesville planning board last week urged the City Council to increase the flag size limit in certain areas.

Statesville went to court in May and obtained an injunction forcing Gander RV to comply with the law or face a fine of $50-a-day. The city's mayor has not sought to collect the fines, according to the station.

"I don't think there should be any ordinance of any kind regulating the size of the American flag" unless it poses a hazard, Lemonis told The Associated Press last month.