Authorities in St. Louis said early Tuesday that four police officers were shot at protests in the city’s downtown and officers continue to be under fire. (Fox2now.com)

Multiple cities and regions have imposed nighttime curfews to quell destructive behavior and tense confrontations between demonstrators and law enforcement after dark. Six states and 13 cities have issued a state of emergency, according to the Wall Street Journal. 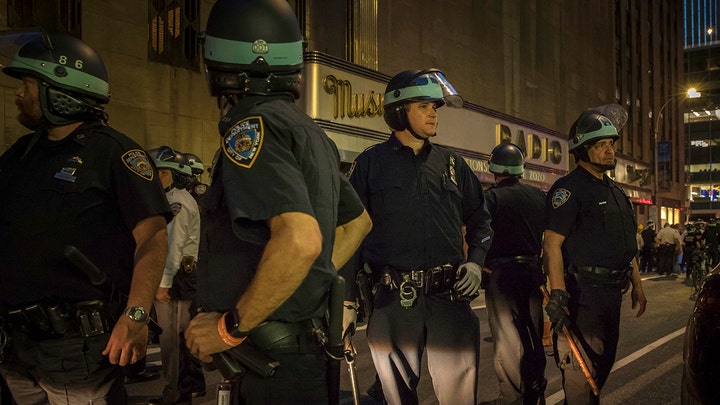 But it appeared the curfews had little effect Monday night. In New York City, dozens of arrests were made, police said, while hundreds of looters were seen breaking their way into downtown Manhattan businesses. In midtown, a group armed with sticks reportedly torched one business. Other stores such as Michael Kors, Kate Spade and Barnes & Noble were broken into as glass from broken windows covered the sidewalk, KABC-TV reported.

In Herald Square, a busy intersection just blocks away from Madison Square Garden and the Garment District, hundreds of looters forced their way into a Macy's department store in the presence of police. Several were taken out of the retailer's New York flagship store in handcuffs. 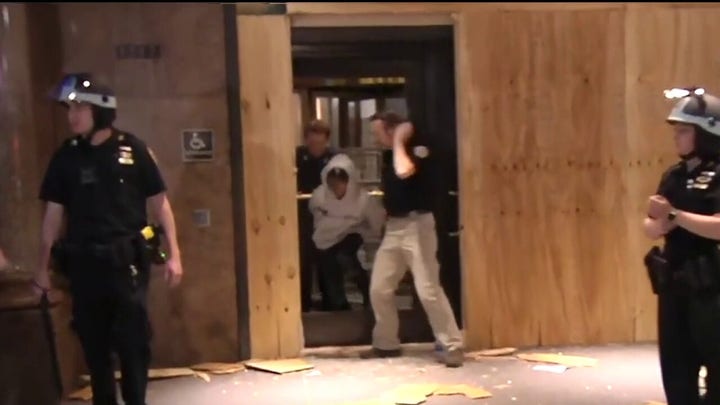 In Washington D.C., police fired flash-bang shells and rubber bullets into a crowd of protesters outside Lafayette Square, near the White House, shortly before President Trump spoke about the escalating violence across the country and visited St. John's Episcopal Church, which was damaged during Sunday night protests. An explosion was later heard that reportedly came from a police car set on fire about two miles north of the White House. 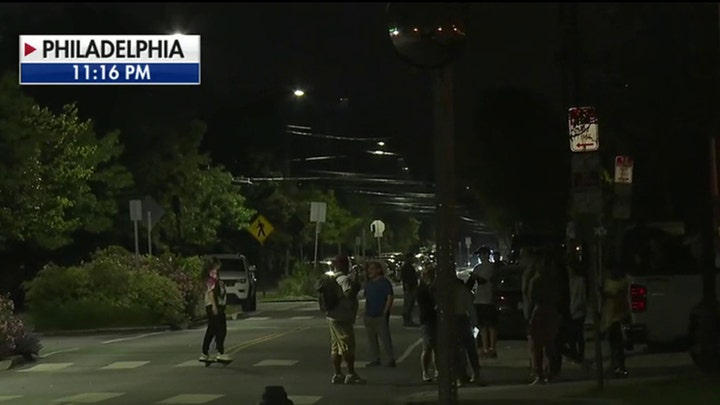 Meanwhile, in Philadelphia, some people were seen actively defying a curfew by staying outside police headquarters. Police also fired nonlethal bullets and tear gas Monday after a crowd spilled onto Interstate 676, shutting down traffic in both directions. Several arrests were made. Click here for more on our top story. 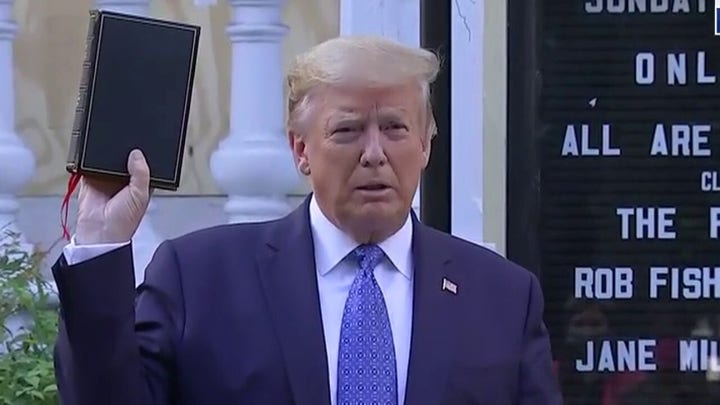 Leading Democrats rip Trump over use of tear gas against protesters prior to 'photo op' visit to DC church
Democratic leaders on Monday criticized the use of tear gas against protesters in Washington D.C.'s Lafayette Square before President Trump walked through the area to visit St. John's Episcopal Church, which had caught on fire during Sunday night's demonstrations. 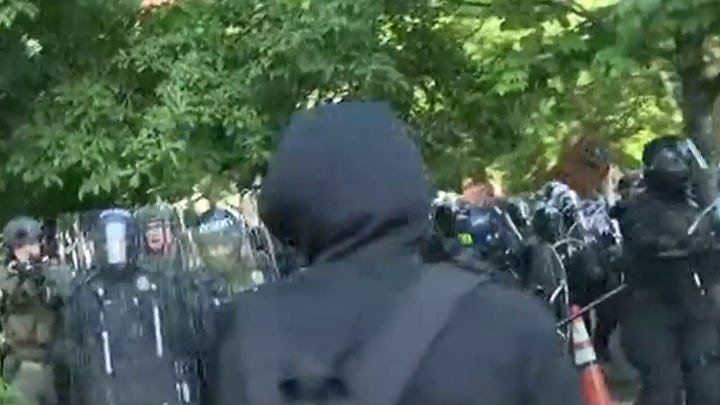 "Tonight the President of the United States used the American military to shoot peaceful protestors with rubber bullets & tear gas them. For a photo op," Clinton tweeted. "This is a horrifying use of presidential power against our own citizens, & has no place anywhere, let alone in America. Vote."

During the brief visit at the boarded-up church, the president stood in front and posed for photographers while holding up a Bible. He was accompanied by several aides and officials, including Attorney General Bill Barr, daughter and White House adviser Ivanka Trump, Chief of Staff Mark Meadows, and Defense Secretary Mark Esper. 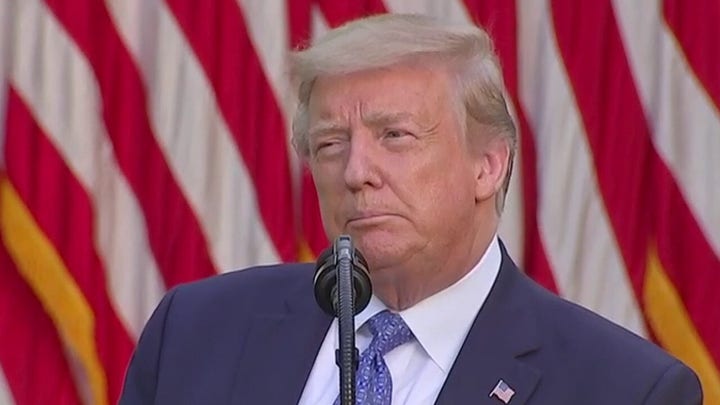 The removal of the protesters came as Trump vowed to take "immediate action” to mobilize “all available federal resources” to stop riots and looting across the country. He also threatened to deploy the military if states don’t send in the National Guard to the protests. Click here for more. 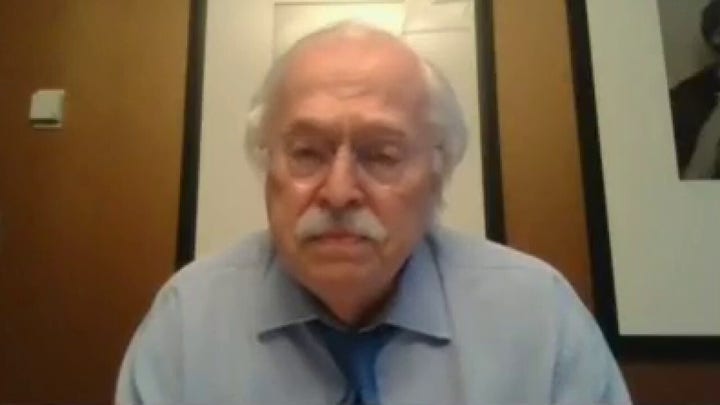 Baden, one of two doctors to conduct an independent autopsy that concluded that Floyd died of asphyxiation at the hands of local police on May 25, told Fox News that medics "tried to do CPR with him [Floyd] in the ambulance, but were unable to find a pulse.

"He had a cardiac arrest and they tried to shock him and the shocks didn't work," Baden added. "He was dead before they put him on the stretcher ... many minutes before he gets to the hospital." 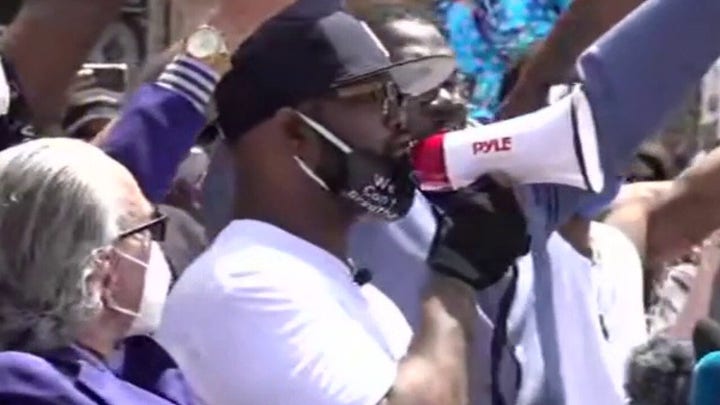 According to the independent autopsy report released by Floyd's family, he died of asphyxia due to neck and back compression that led to a lack of blood flow to the brain.

Preliminary results from the official autopsy, which were included in a criminal complaint against former Minneapolis police officer Derek Chauvin -- who kneeled on Floyd's neck for eight minutes in the now-viral video -- said officials had found nothing "to support a diagnosis of traumatic asphyxia or strangulation." On Monday, an updated autopsy report classified Floyd's death as a homicide and listed the cause of death as "cardiopulmonary arrest complicating law enforcement subdual, restraint, and neck compression." Click here for more. 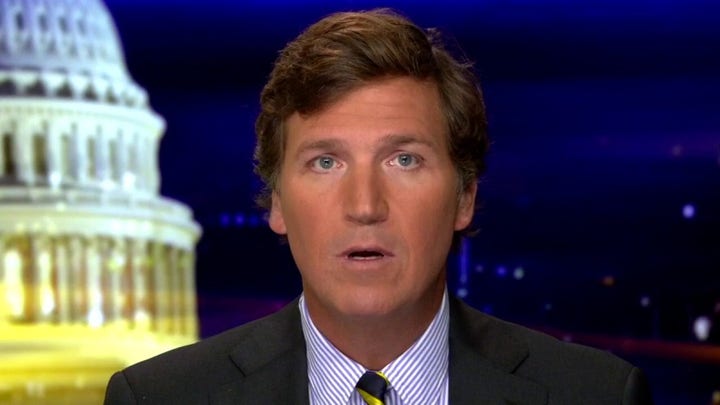 Tucker Carlson accuses America's political leaders of leaving everyday citizens at the mercy of the violent rioters and Antifa activists: "When the mobs came, they abandoned us."

Fox News First is compiled by Fox News' Bryan Robinson. Thank you for making us your first choice in the morning! Stay safe, stay healthy and keep the faith ... we will get through these extraordinary, tough times together. We'll see you in your inbox first thing Wednesday morning.