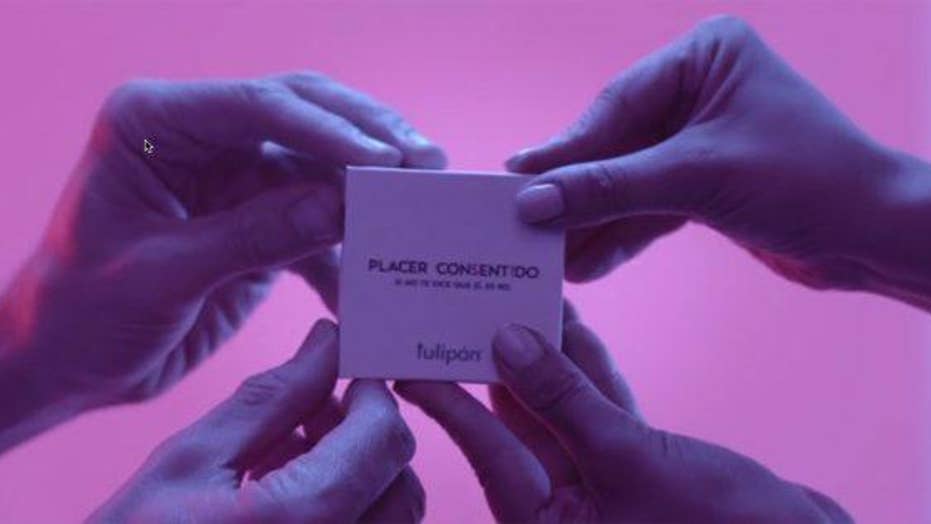 New ‘consent condom’ requires both people to open it

Tulipan, a company in Argentina, has created a condom that requires the consent of both parties to open it.

Health experts in Canada warn that coronavirus-related shutdowns may have resulted in a lack of contraceptives due to condom hoarding, contributing to a potential rise in sexually transmitted diseases.

“We saw a whole bunch of people in the first few weeks stocking up,” Nicole Pasquino, clinical practice director at Options for Sexual Health, an organization in British Columbia that offers free condoms, told Politico in an article published last Tuesday.

The coronavirus-prompted lockdown measures in the state sparked the idea for the new delivery service. (iStock)

“They were all coming to get condoms, birth control, whatever they need to get, and then we see a little bit of a lull because people are going to stay home. … I think that mentality of stocking up hit everybody hard -- we saw it with toilet paper,” she said.

A report released on May 8 by Statistics Canada said sales of items, like condoms, contraceptives, and lubricants, soared by 30 percent in the second week of March and by 41 percent in the third week -- as its citizens were asked to stay home, according to the media company.

The agency said those sales figures eventually decreased, which they related to coronavirus-related factory shutdowns in Malaysia. They added the shutdowns could limit global condom production and confirm their belief of a possible shortage.

Shelter-in-place orders also impacted access to prevention, testing, and treatment for Canadian citizens as clinics slashed services and labs were held up due to COVID-19 tests.

Those disruptions could result in a resurgence in certain STDs, including syphilis, chlamydia, and gonorrhea, according to health officials.

"They're seeing numbers growing at a rate that is alarming," Frédérique Chabot, the director of health promotion for Action Canada for Sexual Health & Rights, said, according to Politico. "People's needs in terms of sexual and reproductive health are not diminishing during this emergency. In fact, it's becoming greater."

Canada has seen more than 93,288 confirmed coronavirus cases and at least 7,404 deaths from the virus as of Monday night, according to data from Johns Hopkins University.