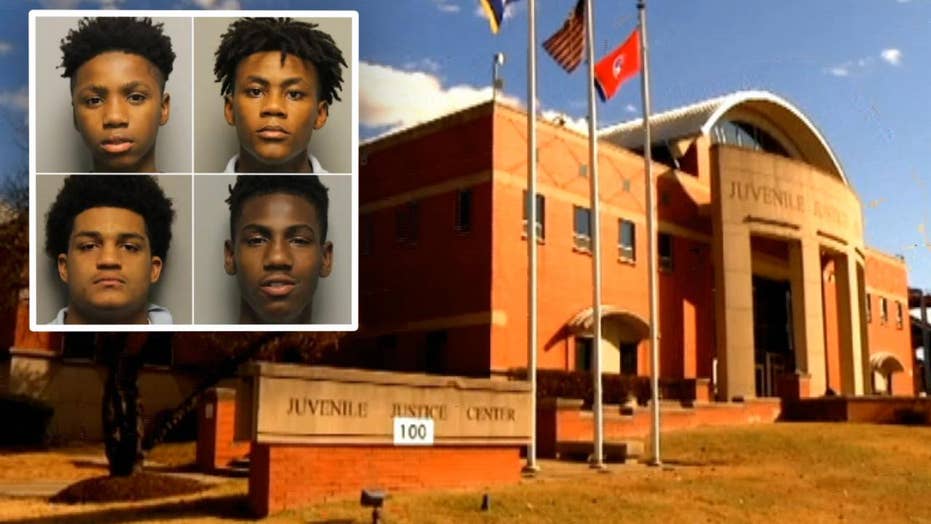 Several employees have been suspended from the facility as the breakout is investigated.

Four "dangerous" teens — including one accused of killing a young Tennessee musician and another who's charged in the murder of a 19-year-old man — escaped juvenile detention late Saturday night and remained the targets of an intense manhunt Monday, officials said.

The four teens were part of a supervised work detail when the person overseeing them left the quartet unattended in order to deal with a fight that broke out in another part of the detention facility, the Metropolitan Nashville Police Department said in a news release. The group "managed to get onto an elevator and used staff protocols to ride to the ground floor where they went through a series of doors and exited to the outside."

By the time police learned of the escape, the four teens had more than a half-hour head start, officials said.

Wright is one of five juveniles charged in the murder of Kyle Yorlets, a 24-year-old who was fatally shot on Feb. 7 in an alley behind his home. Marsh is accused of killing a 19-year-old named Charles Easley on April 8, according to authorities.

Calvin Howse, left, and Brandon Caruthers both have armed robbery and gun possession charges on their records, according to police. (Metropolitan Nashville Police Department)

Wright's mother, Martine Wright, said she tried to get help for her son before Yorlets' death. She told WZTV in February he had been to the juvenile detention center numerous times, and she tried to leave him there to teach him a lesson, but was told child neglect charges would be filed against her if she didn't pick Wright up from the facility.

“When she reached out to the juvenile system for help, there was no help there. And, unfortunately, this is the end result,” Wright's stepfather, Roy Knowles, said at the time.

Anyone with information on the teens' whereabouts is urged to contact Nashville's Emergency Communications Center at 615-862-8600.