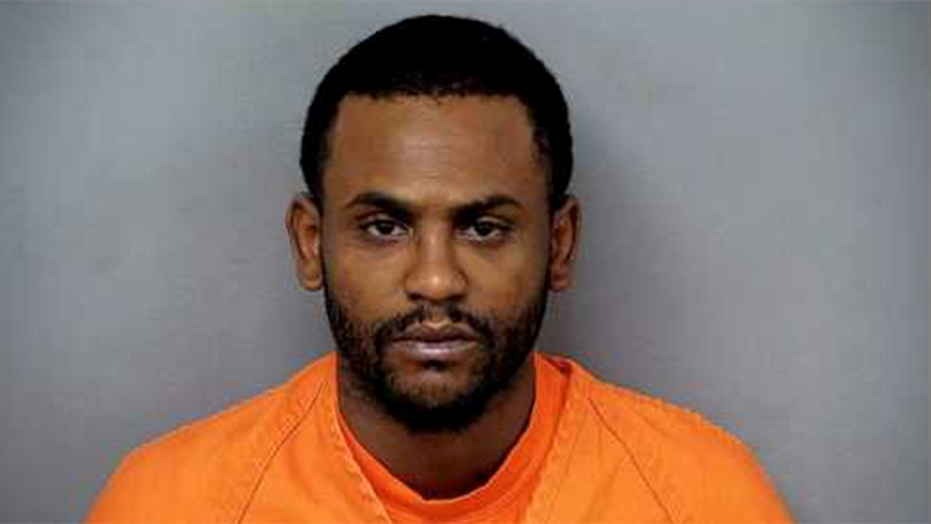 A suspect in two Missouri Thanksgiving Day homicides was arrested after he walked into a police headquarters covered in blood and said, “I know I just committed two murders.”

Torry Upchurch, 27, was being sought when he turned up at the Jefferson City Police Department soon after the murders Thursday of 17-year-old Earle Key Jr. and 33-year-old Shantae Hill-Cook, police said.

“During the initial interview, the suspect implicated himself in both homicides,” Lt. David Williams said in a news release.

Upchurch was charged with first-degree murder and other crimes.

Key and Hill-Cook were killed at addresses four miles apart in a span of about four hours, Fox 22 Columbia reported.

Upchurch knew the teen and Hill-Cook was his girlfriend, according to the station.

Police said Key died instantly after Upchurch shot him in the face with a 9-mm. handgun. He was shot when he answered a knock at the door.

A friend of Hill-Cook’s told police that Upchurch shot Hill-Cook after telling her to “stay in the car,” the station reported.

The friend said Hill-Cook was trying to help her with her belongings and child, the station reported. She said that made Upchurch angry.

After shooting Hill-Cook, Upchurch then took her car.