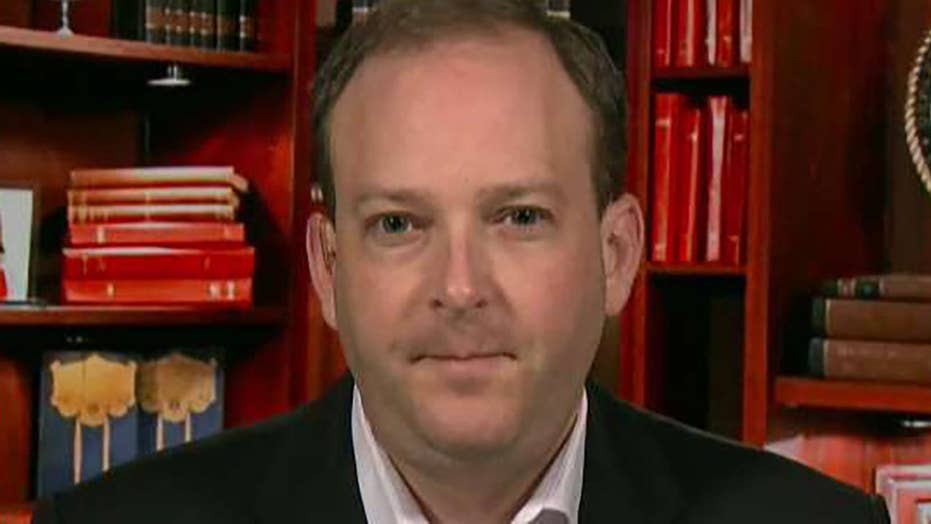 Rep. Zeldin: 'Infuriating' to see US children being radicalized on US soil

New York Rep. Lee Zeldin reacts to the 'disturbing' video of children at a Philadelphia Islamic center vowing to 'chop off' heads for Allah.

A Jewish congressman is calling for a criminal investigation into the Muslim American Society (MAS) after the group posted a video from an Islamic center in Philadelphia showing children saying "we will chop off their heads" for Allah and the Al-Aqsa Mosque in Jerusalem.

MAS did respond to Fox News on Friday, but in a statement Saturday, the group said the April 17 video was "unfortunately" uploaded to the Philadelphia's chapter page "without verifying the content..and making sure it conforms to our hate-free policy..." MAS added the person behind the video has been dismissed, claiming the space was rented to an outside group. The group announced plans for sensitivity training.

"Not all songs were properly vetted," MAS wrote. "This was an unintended mistake and an oversight in which the center and the students are remorseful. MAS will conduct an internal investigation to ensure this does not occur again."

But the Army veteran, who served this past weekend on Reserve duty at Fort Dix outside of Philadelphia, said MAS' response is even more infuriating, especially given the group's alleged connection to the Muslim Brotherhood, something MAS denies.

GLOBAL GROUP OF CHRISTIANS, JEWS WORKING TO 'SECURE EVERY SYNAGOGUE IN THE WORLD'

"It indicates that maybe they aren't outraged at the fact that they are radicalizing and indoctrinating their own children, it's that maybe they're upset they exposed themselves by posting the video onto their own Facebook account," Zeldin said. "I'm very bothered by it."

He said it's unacceptable that MAS is investigating itself.

"They had children talking about chopping off of heads, liberating Al-Aqsa Mosque," he said. "The message isn't one that you play and have these kids talk about unintended. That's unacceptable and obviously unbelievable."

TRUMP: 'VIOLENCE AND TERRORISM AGAINST PEOPLE OF ALL FAITHS MUST END'

The shocking video, showing children wearing Palestinian scares and reading radical Islamic terrorism-themed poetry, comes at a time when the Anti-Defamation League reports there were 1,879 anti-Semitic incidents last year in the United States, with a spike of 13 percent worldwide.

To counter that, Zeldin introduced a bill to monitor Palestinian textbooks. 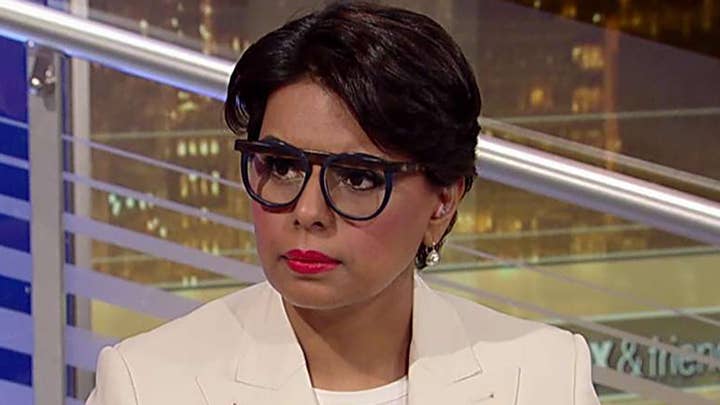 "The Palestinians have anti-Israel, anti-Semitic hate - they incite violence in their own classrooms," Zeldin said. "This has been going on for years. The United States, in the past, has supplemented efforts to fight back against the hate that's in the Palestinian textbooks."

"So we introduced legislation to improve the reporting from the State Department to apply pressure to the Palestinians to have them to correct the material, because as we saw in that video in Philadelphia, this is something that is happening every day on the ground in schools and in mosques overseas, and that needs to be fought there as we see it manifest itself as we see the news over the weekend with over 600 rockets launched from Gaza to Israel," Zeldin said.

Muslim scholar Dr. Qanta Ahmed said the IRS and the government need to look into the funding behind the video where children are parroting terrorist ideology while parents are recording it on American soil.

"The Muslim American Society has a history of being founded by the Muslim Brotherhood in 1993. That's confirmed in FBI investigations," Ahmed told "Fox & Friends First" Monday morning. "The Muslim Brotherhood is the mothership of Islamist terrorism and central to that is a cosmic enmity with Judaism, so they have major problems furthermore there's been investigations by the Middle East Forum that American taxpayer finances go to groups like this to the tune of $310,000 since 2007, going to groups like the Muslim American Society, though over $47 million goes to groups."

She added that terrorists see indoctrinating children as their investments as part of a global assault on Jews.

"This is a form of contemporary anti-Semitism," Ahmed said. "This is Islamist anti-Semitism which is very troubling, and it plays, not only here into the demonization and dangers against Jews, but the global delegitimization and assault on Israel that we're seeing now in Gaza."