A Chabad House in France The Fellowship of Christians and Jews is helping to secure in France. (IFCJ)

In the wake of the Chabad of Poway synagogue Passover shooting and the alarming rise in anti-Semitism, a Jerusalem-based group is launching a global effort to secure and protect the Jewish community.

The International Fellowship of Christians and Jews (IFCJ) told Fox News the group has been working with the global Jewish community to identify specific needs around the world, not just synagogues but also Jewish day schools and community centers. It comes in the wake of two deadly attacks in the past six months by white supremacists against synagogues in the United States and countless other anti-Semitic hate crimes throughout the world, including the New York Times' blatantly anti-Semitic cartoon. 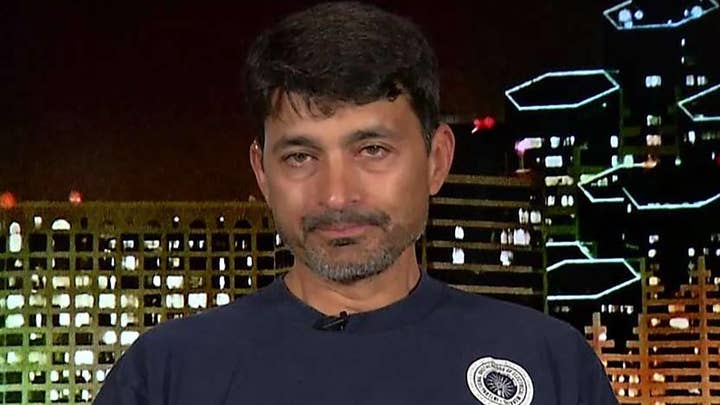 “We want to make sure that every synagogue in the world is prepared to protect themselves against attacks like the ones we’ve seen recently,” Yael Eckstein, president of The Fellowship, said in a statement. “We have been able to rely on our Christian friends, again and again, to step up and provide emergency assistance to Jews in need, including Holocaust survivors."

Eckstein added: "Now we are asking them to help us in this effort to protect our communities from extremists who want to shatter our peace with their acts of terror.”

The initiative to combat the dangerous "disease of anti-Semitism" is called "Safe Synagogues."

A Chabad House in France The Fellowship of Christians and Jews is helping to secure in France. ( IFCJ)

DR. RONNIE FLOYD: 'OUR NATION NEEDS PRAYER TODAY MORE THAN EVER BEFORE'

The group of Christians and Jews that support Israel have helped in nearly 40 countries.

They already have funded security efforts throughout Europe, including the Netherlands, Germany, France, Spain, Sweden, Norway, Hungary, Poland, the Czech Republic, Italy, Greece, Cyprus, Georgia, and Ukraine. They have also invested in security measures in India, Russia, Thailand, Nepal, Turkey, and Argentina. This year they plan to begin additional security in Mexico.

TRUMP: 'VIOLENCE AND TERRORISM AGAINST PEOPLE OF ALL FAITHS MUST END'

Founded by Rabbi Yechiel Eckstein, The Fellowship now raises more than $120 million per year, mostly from Christians, to assist Israel and the Jewish people. The organization has offices in Jerusalem, Chicago, Toronto, and Seoul.

(Three Israeli girls looking at a bottom shelter The Fellowship installed in an Israeli town vulnerable to rocket attacks.)

Eckstein said the timing of the attacks and anti-Semitism, amid Passover and Yom HaShoah, annual Holocaust Remembrance Day, makes her concerned about her children's future.

"For the first time in my lifetime, I believe we are on a path that could lead to similar horrors," she added. "We must change course – the Jewish community, and our Christian friends, must be more vigilant, standing together and not giving an inch to hate, whether it comes from political extremists, or the media, or from academics in their ‘ivory towers.’ I’m afraid things are probably worse than they even seem.”