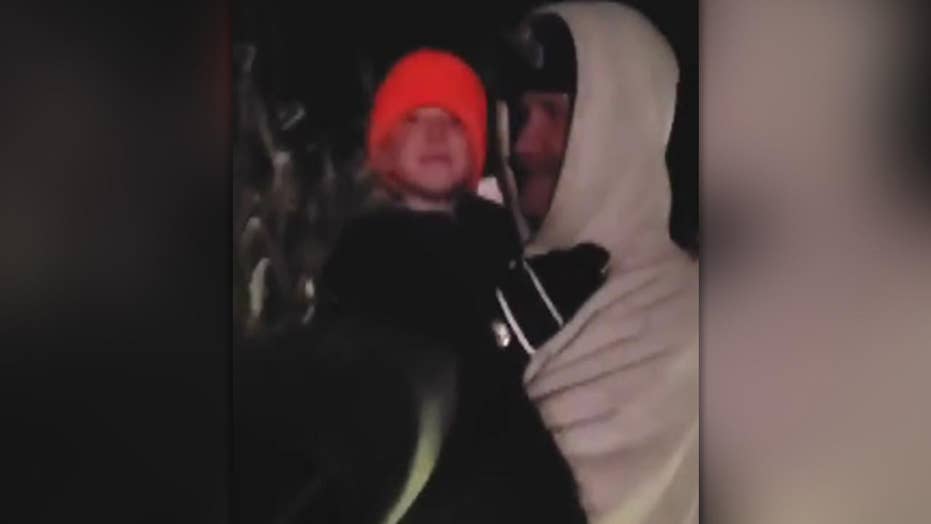 Video: Ethan Haus, a 6-year-old boy who went missing, was found after a private drone operator was able to spot the missing boy using heat-seeking technology.

A missing 6-year-old boy from Minnesota and his dog were found Wednesday after hundreds of volunteers — including one who used his own drone with a thermal camera — searched for him for hours.

Ethan Haus got off the bus with his siblings around 4 p.m. on Tuesday near Becker, a city roughly 47 miles northwest of Minneapolis, and ran to play with the family dog, Remington, officials said.

When Ethan and the dog didn't return home, a massive search ensued, with more than 600 volunteers and numerous law enforcement agencies, including the FBI, working to find the young boy who was outside in temperatures in the low 40s, Sherburne County Sheriff Joel Brott said in a news release.

Steve Fines, of Fines Imaging, was among those trying to help find Ethan. Investigators said he used a drone with heat-seeking technology to find the missing boy — and he did. The drone spotted Ethan and Remington lying in a cornfield, located around a mile east of his home, around 1:50 a.m Wednesday.

"Ethan was cold but was otherwise in good health after being found," the sheriff said.

JAYME CLOSS, 1 YEAR AFTER HER KIDNAPPING AND HER PARENTS' MURDER: 'I FEEL STRONGER EVERY DAY'

Fines told WCCO-TV he "couldn't go to bed knowing that I hadn't done something" to help find Ethan. “[Searchers] were not walking to the site, they were running, you know. You could hear them breathing heavily and crashing through bush and through the cornfields and everything, and then there was a lot of yelling.”

The sheriff said what happened "was the epitome of a community caring for its own," and said to "see the outpouring of support in such a short time period to come out and help find this boy and his dog is heartwarming."

Brott said, "If not for that drone, I'm not sure we would have found him." A state patrol helicopter and another thermal imaging drone from the Big Lake Police Department were also used in the search.

Ethan and Remington are the best of buds, his mother, Sheri Haus, said. Early Wednesday when he was found, Ethan was taken to a hospital to be checked, but he was doing OK.

"Thank you for finding me, you make my heart full," Ethan said in a video shared by the sheriff's office.