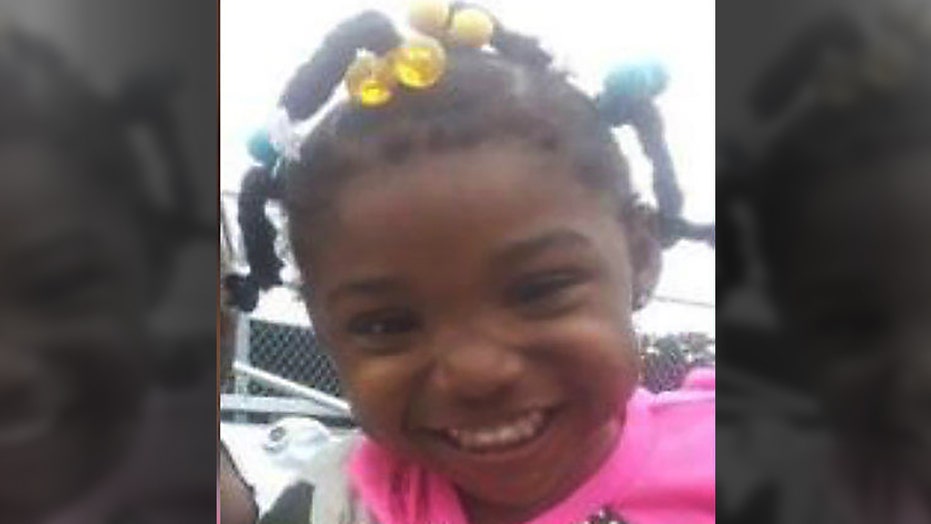 A 3-year-old girl in Alabama mysteriously vanished while attending a birthday party over the weekend and police have identified a possible suspect in the child's kidnapping.

Birmingham police issued an Amber Alert for Kamille "Cupcake" McKinney, who was last seen playing with other children during an outdoor birthday party at Tom Brown Village housing community around 8:30 p.m. Saturday night,

She is considered to be in "extreme danger."

According to police, Kamille may have been taken by a black male and white female driving a dark-colored SUV. The suspects are said to be driving a blue 2001-2006 Toyota Sequoia with beige trim. They were originally believed to be driving a Toyota 4-Runner.

Police released new photos on Sunday night of a possible suspect. They believe the kidnapping isn't related to a custodial issue.

"We still have hot leads right now and we're following up on those as we speak," Birmingham police department deputy chief Scott Praytor told ABC News on Sunday. "We want to find Kamille as quick as possible and we want to get her back to her family and that's our priority."

The father of Kamille, 27-year-old Dominic McKinney told AL.com that he just wants his "Cupcake" back.

AMBER ALERT IN ALABAMA FOR GIRL, 3, ABDUCTED AT BIRTHDAY PARTY

“I just want my daughter back. I’ll pay anything, I’ll put up anything,’’ he said. “Everybody knows Cupcake and I’ll do anything to bring that baby back home.”

Dominic added that he named his daughter Cupcake because "when she came out, she was all cute and red with little brown eyes and I said, ‘That’s my cupcake.’”

Witnesses at the party last saw the child wearing a pink T-shirt with a Minnie Mouse leopard print design, leopard print shoes and she had yellow, white and blue bows in her hair. Police say she has brown eyes, black hair, is about 3 feet tall and weighs approximately 60 pounds.

"Of all the resources that we have at our disposal, there's nothing more important than the community," he told ABC News. "We've had cases that have been broken by people that didn't think they saw anything until they came forward and told us what they knew."

"They didn't know it was a valuable piece of the puzzle. So you may think you don't know anything about it, but you may have the piece that we're looking for. We want all the information."

The Housing Authority where the child was last seen also released a statement regarding the ongoing search for her.

“We can’t imagine what little Kamille’s family is going through at this moment. We’d like her family to know that they are in our thoughts and we pray this unimaginable situation will end very soon with the safe return of their little girl. HABD expresses gratitude to the public and media for sharing this story to help spread the word about the child’s abduction," the statement said. "Staff have been working on site at Tom Brown Village to locate the child and HABD will continue to do anything we can to assist [the] police.”

Investigators say anyone with information regarding this missing child should contact the Birmingham Police Department.