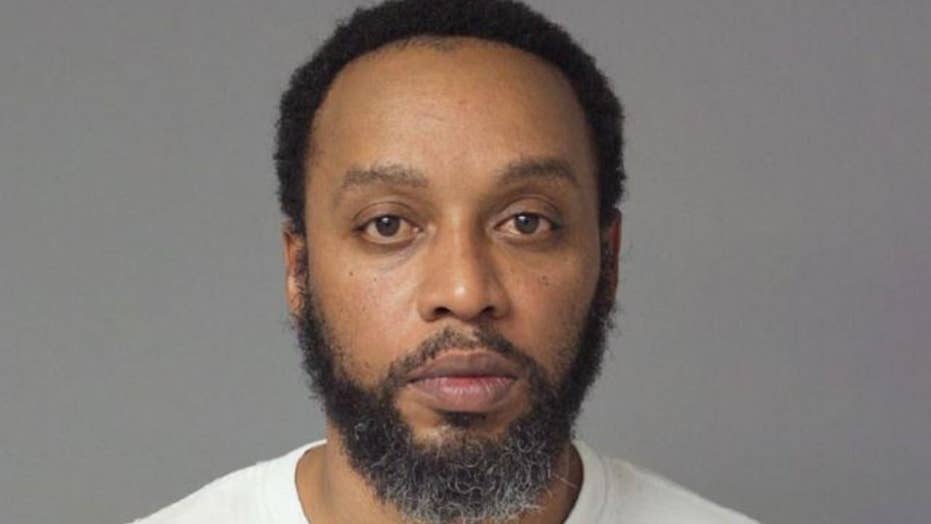 Suicidal Maryland teen is told to 'just do it' by dad

Anthony Jerome Lewis was taken into custody after giving his son a shotgun and telling him to 'just do it' and 'end it' after the father learned his son was having suicidal thoughts.

A Maryland father was arrested after he allegedly handed his son — who told him he was having suicidal thoughts — a shotgun and told him: "Just do it."

Anthony Jerome Lewis, 46, was taken into custody last week after the incident. It's unclear when the encounter happened, but Lewis' son told investigators on Wednesday he was abused on many occasions between January and June of this year.

EX-BOSTON COLLEGE STUDENT ACCUSED OF URGING BOYFRIEND TO KILL HIMSELF CLAIMS SHE DID OPPOSITE, RELEASES TEXTS

On one occasion, the high school student told Lewis and his mother he had felt suicidal, which is when his father apparently forced a shotgun between the teenager's legs and forced his hands toward the trigger, the Capital Gazette reported, citing court records.

Anthony Jerome Lewis, 46, was arrested after he allegedly handed his son a shotgun and told him to "just do it" after he confessed to having suicidal thoughts. (Anne Arundel County Police Department)

Lewis, of Odenton in Anne Arundel County, allegedly told his son to "do it" and "end it now" before the boy left and went to his room and locked the door.

The teenager told authorities there were a number of other abusive incidents at the hands of his father. He said during a six-month period earlier this year, Lewis hit him at least three times with a belt or extension cord — with more than 20 lashes comprising each incident, according to WMAR-TV.

On another occasion, Lewis' son claimed he was choked so hard he saw "weird colors." He said he was once removed from school for "homeschooling," but ultimately ended up doing chores around the house.

The boy said he was fed properly, but was only allowed to use the bathroom when he asked for permission. He told authorities he was "forced to stay in his room with no television, phone or internet access when not doing the chores."

At a hearing on Thursday, Lewis was ordered held without bond and to have no contact with his child. The judge reportedly called him a public safety risk, but Lewis argued he was not a threat to his son, nor was he a flight risk.

He was charged with first- and second-degree assault, coercion, participation and providing the means of assisted suicide, reckless endangerment, firearm use and child abuse.