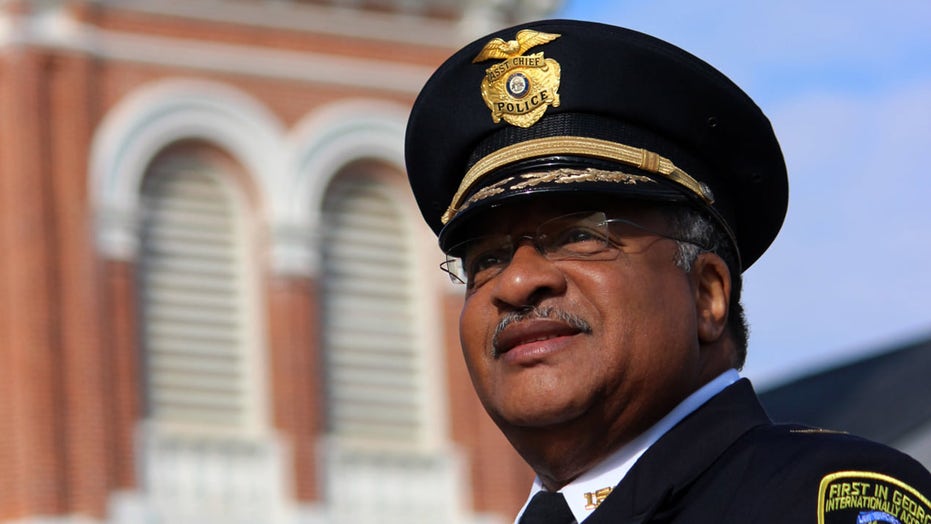 A former assistant Georgia police chief was fatally shot at a family gathering in Mississippi on Saturday -- and authorities say his nephew is the culprit.

Almond Turner, 69, was allegedly killed around 8 p.m. by his nephew, Christopher Denson, 41. The two were at a family event at a hall in Meridian, located in Lauderdale County, when the shooting occurred, police said.

Denson is accused of exiting the venue and going out to his vehicle to grab an AK-47 rifle, then returning to the hall to kill his uncle, WTOK-TV reported. Roughly six shots were fired before someone reportedly grabbed Denson, and his brother was able to take away the rifle.

Denson was taken into custody at his apartment complex on Sunday afternoon and charged with murder. His bond reportedly has been set at $1 million.

Turner was the assistant chief of Georgia's Covington Police Department when he retired in 2016 following a 45-year career in law enforcement. At the time of his death, Turner was a "beloved member" of the Newton County Schools board, according to a statement from the district. He was first elected to the board in 1996, and had been re-elected five times.

"During his tenure as a board member, he employed his law enforcement and security experience to improve safety measures throughout the school system, which included the installation of cameras in all school buses and all classrooms," Newton schools wrote, with Superintendent Samantha Fuhrey adding the district is "stunned, devastated, and heartbroken" over Turner's death.

"Mr. Turner was a life-long supporter of our community and its school system. He always wanted and fought for what was best for our students and employees and we looked forward to him continuing to serve on our school board into the foreseeable future," Fuhrey said. "But more importantly, on a personal note, Mr. Turner was my friend and mentor — someone who helped guide me as I began the journey as superintendent of this school system. I will never forget his advice, his kind words of encouragement, and most of all his friendship."

She added: "There will never be another Almond Turner. He was truly one of a kind.”

Covington police wrote on Facebook that Turner was "one of the greatest men who ever wore this uniform," and said the entire department is "devastated."

Turner leaves behind his wife, three kids, and several grandchildren.