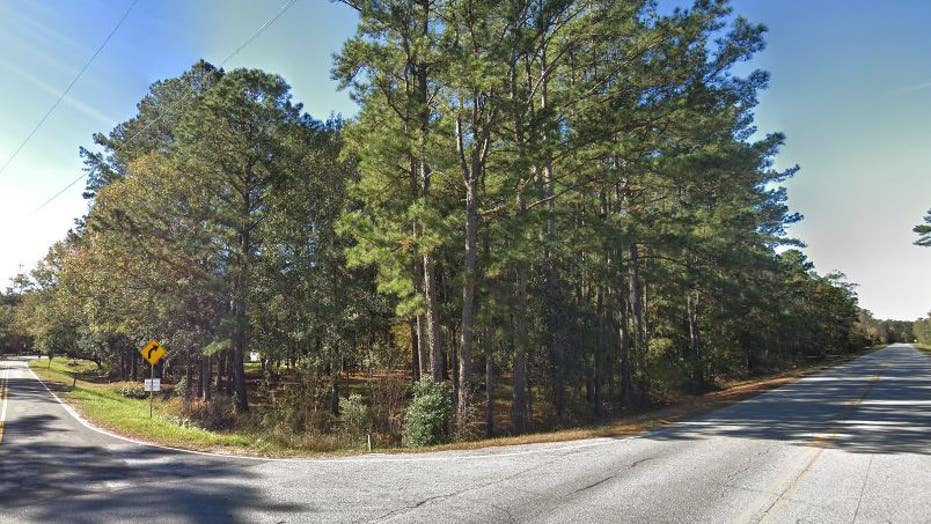 An animal rescue service in Georgia says a good Samaritan last week spotted a dog dragging a crate filled with her pups on the side of the road.

The mama dog was tied to the crate with a blue belt, while her four puppies were crammed inside, Savannah’s WTOC 11 reported.

“This was a new one. New things happen all the time,” said Marianna Hagan, director of the McIntosh County Animal Services. “I’ve never had a dog pulling a crate full of puppies down the road before.”

A father and son had spotted the mama dog dragging the crate in Townsend, a community near Georgia’s east coast, about 55 miles south of Savannah, Hagan said. They brought the dogs into the shelter in Darien.

“Thank you to the kind souls who brought them into MCAS,” read a Facebook post from the animal services group. “Everyone has since been fed, watered (they were very thirsty), vaccinated, dewormed, bathed and deflead.”

Hagan told WTOC the animals “smelled really, really bad,” and were “covered … with ticks and fleas.”

She said the person responsible for the dogs’ condition could face charges. Friends of McIntosh County Animals Services is offering a $250 reward for information.

On Sunday, the animals were flown to Fancy Cats and Dogs Rescue in Virginia for further treatment, foster care, and adoption, Inside NOVA reported.