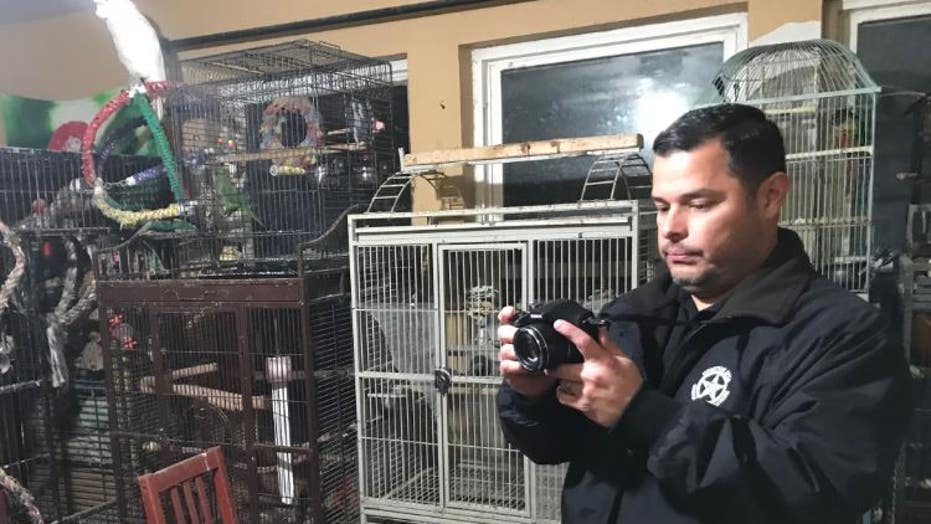 Nearly 200 animals living in what authorities described as “one of the most toxic environments” they’d ever encountered were rescued from a home in Texas Tuesday evening, according to reports.

Deputies responded to the home in the 2700 block of Leichester Drive in Spring, about 25 miles north of Houston.

The homeowners had called a chicken rescue group to remove some chickens from the property, KHOU reported. The group then alerted authorities after seeing the conditions of the home, according to the station.

Animal rescue officials with Montgomery County said chickens, roosters, rabbits, ducks, parakeets, potbelly pigs, cats and dogs were found living at the home – some in rooms covered in dirt, urine and feces. At least one animal, a bird, was found dead.

“We never imagined that we would fine nearly 80 hens and roosters living in small bedrooms,” Houston SPCA Chief Cruelty Investigator Adam Reynolds said. “The ammonia levels that we encountered inside the house rank as one of the most toxic environments that we have encountered.”

SPCA worked with Montgomery County Precinct 3 deputies into the night to remove animals from the home, the Houston Chronicle reported.

Montgomery County Pct. 3 Captain Daniel Zientek said the homeowners surrendered all of the animals except for some 30 parrots because of sentinel attachment. A judge then signed a civil asset forfeiture warrant and the SPCA was called in.

The animals are currently in the care of Houston SPCA. The homeowners will be facing criminal charges determined by the Montgomery County District Attorney’s Office.