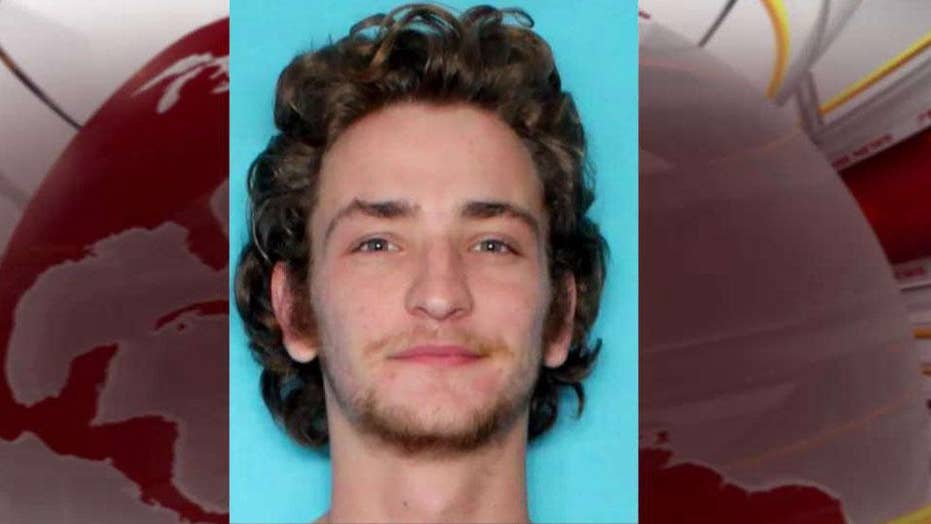 Authorities say the murder suspect killed his parents as well as his girlfriend, her father and brother in two separate shootings.

A 21-year-old man wanted for killing five people, including his girlfriend and parents, was captured after an intense manhunt that spanned several states, authorities in Louisiana announced Sunday.

Deputies arrested Dakota Theriot when he pulled up to his grandmother’s house near Richmond, in Virgina, Sunday morning, Richmond County Sheriff Stephan B. Smith told The Associated Press. The grandmother had asked deputies to check on the house to see if it was safe to return after spending the night in a hotel. She checked into the hotel fearful her grandson would show up.

Smith said Theriot had a gun on him but he dropped it and was taken into custody without incident.

"He will be transported back to Ascension Parish at a later date and booked on two counts of first-degree murder, home invasion, and illegal use of weapons," Ascension Parish Sheriff Bobby Webre said.

After the triple homicide, Theriot drove to Gonzalez where he shot his parents in their home, authorities said.

Keith Theirot, 50, was found gravely wounded and told deputies his son was the shooter before he died.

"We were able to get a dying declaration from him, and only enough information to let us know that it was his son that committed this act," Webre told reporters late Saturday.

Elizabeth Theriot, also 50, was found dead in her bedroom.

“This is probably I would say one of the worst domestic violence incidents I’ve seen in quite a while,” Webre said.

At least five people have been killed in two separate parish shootings that are believed to be connected.

Livingston Parish Sheriff Jason Ard told reporters late Saturday there were no “red flags” warning of violence. He said Theriot's only previous run-in with his office was a charge of possession of drug paraphernalia.

Ard said Theriot began living with his girlfriend and her parents about two weeks ago.

"My family met him last weekend at a birthday party and didn't get good vibes from him," DeYoung said. She said she wasn't sure how her niece and Theriot met, but that she believed the relationship was relatively new.

Webre was quoted by the Baton Rouge Advocate Saturday as saying that Theriot’s parents had recently kicked him out due to some disagreements.

A neighbor Michael Logan said he heard arguing and recent night-time “yelling matches” coming from the Theirot home, according to the paper.

Deputies reported that inside the Ernest residence at the time of the shooting were two small children, a 1-year-old and a 7-year-old girl. They were not harmed.

Neighbor Charlenne Bordelon told WAFB that the older girl ran to her house and told her what happened. She said she called 911 right away.