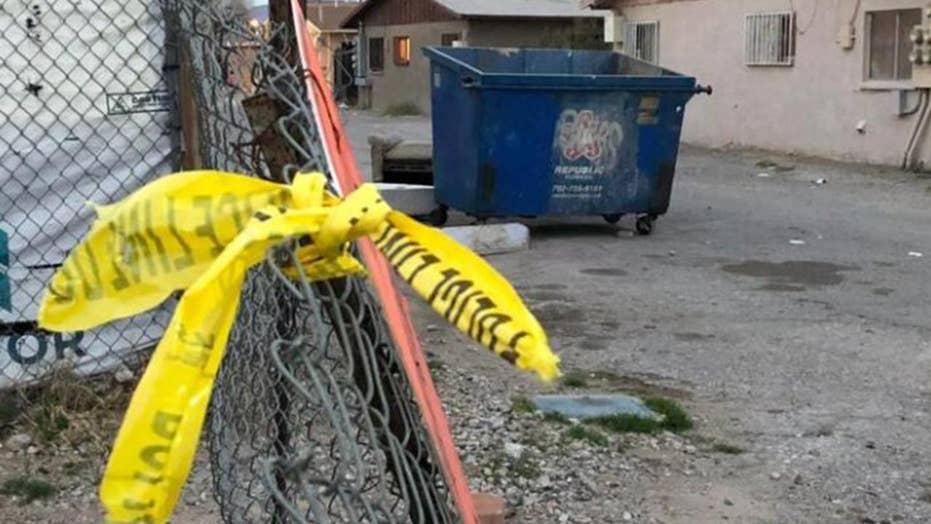 Police in Nevada seek public's help to identify the Hispanic boy estimated to be between 6 months and 1 year old.

Police in Nevada are requesting help from the public after a baby boy was found dead in a dumpster in North Las Vegas earlier this week.

The Latino boy found just before 9 a.m. Sunday was estimated to be between 6 months and 1 year old. He was pronounced dead at the scene, according to FOX 5 in Las Vegas.

A nearby resident found the infant and reported the discovery to police, the station said.

Detectives have asked for the public's help in the investigation -- and asked residents to check that all the children in their families are accounted for, according to the outlet.

On Tuesday, a growing memorial for the infant was set up by neighbors who placed stuffed animals, candles, balloons, flowers and toys in the area where the baby was found.

The baby's identity will be released by the local coroner's office once its family is found and notified, the station reported.

If parents believe they cannot care for a baby, any infant up to 30 days old can be left at a hospital, fire station or law enforcement agency, or obstetric clinic, without any questions asked, according to the state's Safe Haven Law.

Residents with more information are asked to call the North Las Vegas Police Department at (702) 633-9111.