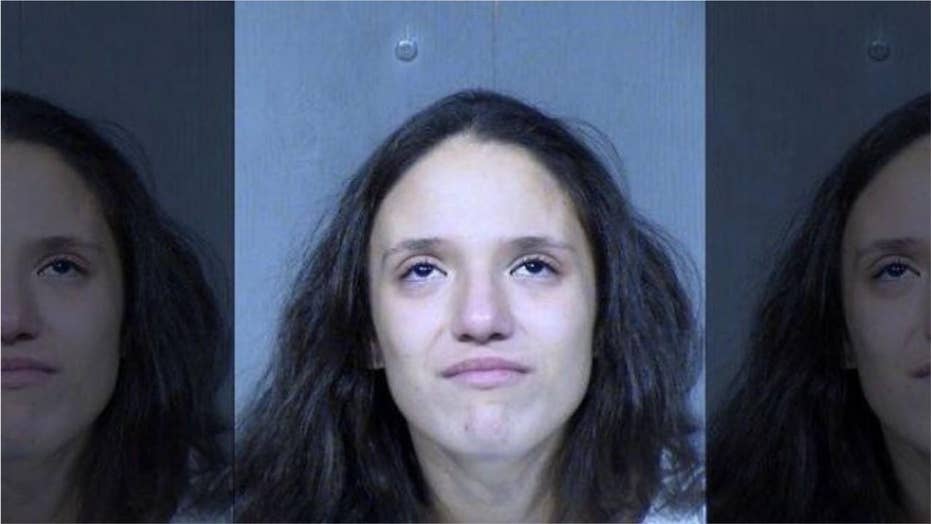 Police: Arizona mom sang to young children as she smothered them

An Arizona mom sang to her young children as she smothered them to death. She then moved all their bodies to the living room and positioned them like they were napping.

After allegedly killing her three children Monday, Rachel Henry "placed all of the children in a position on the living room couch as if they were taking a nap," according to court documents released Tuesday evening.

Earlier, the Arizona mother reportedly sang to each of them as she suffocated them -- even to the 3-year-old son who yelled "No!" as the mother killed his 1-year sister, FOX 10 of Phoenix reported.

Henry, 22, who was charged with three counts of first-degree murder, first placed her hand over her 1-year-old daughter’s mouth until she stopped breathing, Phoenix police said, according to the station.

CHICAGO MOM WHO JUMPED FROM WINDOW CHARGED WITH KILLING HER KIDS, COPS SAY

"Rachel knew she killed the 1-year-old female when she stopped kicking," a Phoenix police officer wrote, according to The Arizona Republic.

While she was killing the 1-year-old, her 3-year-old son screamed and hit her to try to stop her, FOX 10 reported.

She left the baby’s body in a back bedroom and chased the 3-year-old until her aunt and the children’s father came to the house. They played with the children for a bit and Henry took the 3-year-old into the bedroom under the pretense of changing his underwear, The Republic reported.

She allegedly placed the boy on the floor, straddled him and smothered him with her hands until he stopped struggling.

"Rachel described singing to the 3-year-old as he scratched her chest and pinched her," the police report said, according to The Republic.

She then reportedly fed the 7-month-old, waited until she fell asleep and smothered her while her relatives waited in the other room.

Authorities responded to a 911 call at the home that evening and attempted unsuccessfully to revive the children.

Family members said Henry has a history of methamphetamine use and had been acting “strangely” lately.

Henry reportedly admitted to the killings after she was taken into custody.

Police have not yet identified a motive.