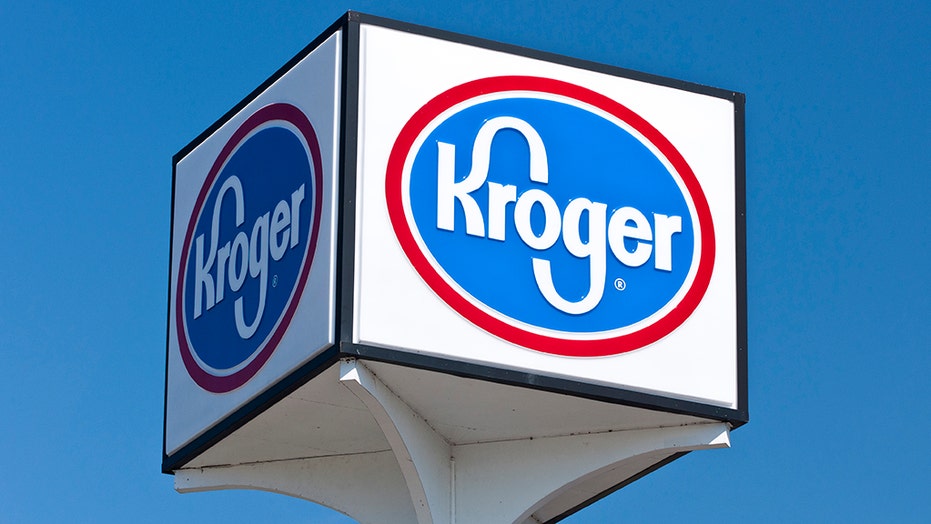 CEO Doug McMillon says Walmart will end all sales of handguns in Alaksa and discontinue the sale of short-barreled rifles and handgun ammunition nationwide; Matt Finn reports from Chicago.

Kroger on Tuesday requested customers refrain from openly carrying firearms in its stores — hours after Walmart asked the same of its shoppers amid recent mass shootings across the U.S. and some public pressure from mostly left-leaning groups to restrict gun sales.

"Kroger is respectfully asking that customers no longer openly carry firearms into our stores, other than authorized law enforcement officers,” Jessica Adelman, group vice president of corporate affairs, said in a statement.

Adelman added the Ohio-based supermarket chain is also joining Walmart in "encouraging our elected leaders to pass laws that will strengthen background checks and remove weapons from those who have been found to pose a risk for violence."

Earlier Tuesday, Walmart asked that customers no longer openly carry firearms into its stores or Sam’s Clubs in states where "open carry" was permitted unless law enforcement authorized it. However, CEO Doug McMillon noted that the store wouldn’t change its policy and approach regarding concealed-carry permits.

The massive chain store also announced it was ending handgun sales in Alaska and plans to discontinue the sale of short-barrel rifle and handgun ammunition in stores nationwide.

McMillion said Walmart will gear its focus toward long-barrel deer rifles and shotguns, supplying much of the ammunition they require and providing hunting and sporting accessories and apparel.

Will Congress take up gun control debate when lawmakers return to Capitol Hill?

"We have a long heritage as a company of serving responsible hunters and sportsmen and women, and we're going to continue doing so," the CEO said.

The National Rifle Association said it's "shameful to see Walmart succumb to the pressure of the anti-gun elites." The NRA has not commented on Kroger's decision.

"Lines at Walmart will soon be replaced by lines at other retailers who are more supportive of America’s fundamental freedoms," the group said. "The truth is Walmart’s actions today will not make us any safer. Rather than place the blame on the criminal, Walmart has chosen to victimize law-abiding Americans."

Both Kroger and Walmart's announcements come days after a mass shooting left seven people dead in Odessa, Texas. Last month, 32 people were killed in two other mass shootings in Dayton, Ohio, and in El Paso, Texas — which happened in a Walmart store.