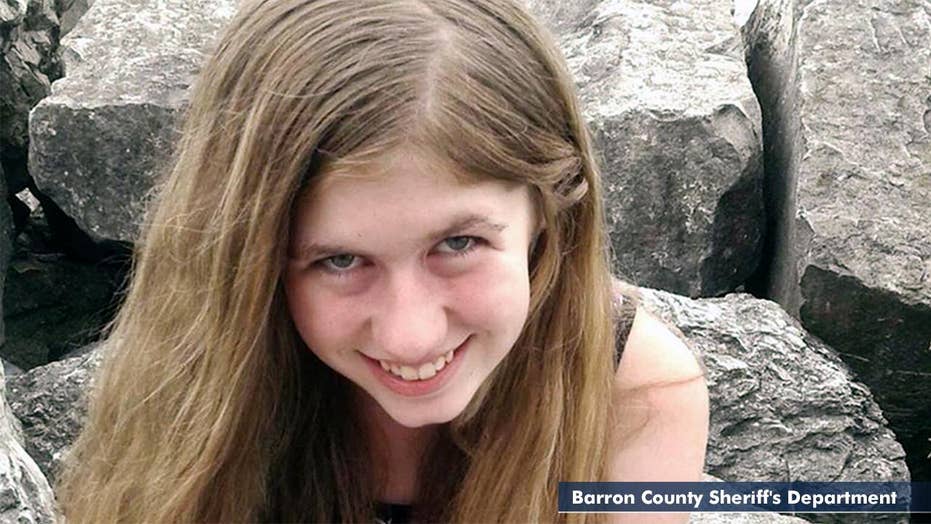 The 13-year-old went missing on Oct. 15 after her parents were fatally shot in their home. Officials said a suspect has been taken into custody.

Read on for a look at other kidnapping survivors.

Elizabeth Smart was taken from her home when she was 14 years old.  (AP Photo/Rick Bowmer)

At just 14 years old, Elizabeth Smart was taken from her home in Salt Lake City at knifepoint by Brian Mitchell and his wife Wanda Barzee. She was found nine months later while walking on a street with the couple.

Mitchell, who considered himself to be a preacher, had been hired to do work on the Smart family’s home.

The couple was arrested. Mitchell is serving two life sentences in federal prison for kidnapping and sexual assault. Barzee was released from prison in September 2018.

Jaycee Lee Dugard was kidnapped in 1991 and held captive for 18 years by a paroled sex offender. (AP Photo)

Jaycee Dugard was abducted when she was 11 years – and held captive for 18 years.

Phillip and Nancy Garrido kidnapped Dugard while she was walking to the school bus stop in 1991 near her South Lake Tahoe, California, home. Dugard has said Phillip Garrido would repeatedly drug and rape her while he held her captive. During her captivity, she gave birth to two children.

MISSING WISCONSIN TEEN, 13, IS IN DANGER, NOT A RUNAWAY, COPS SAY, AS SEARCH INTENSIFIES AFTER PARENTS KILLED

Katie Beers was kidnapped by a family aquaintance just before her 10th birthday.  (AP Photo/Frank Eltman)

Just before her 10th birthday, Katie Beers was lured to a bunker by a Long Island man in 1992. The man was acquainted with her family. He had promised her gifts, but instead, John Esposito held her captive for 16 days.

Esposito initially told police Beers had been abducted while they were at an arcade, but he later confessed. He was sentenced to 15 years to life in prison but was found dead in his jail cell in 2013.

Alicia Kozakiewicz is now an advocate for internet safety after she was kidnapped by a man she met online as a teenager posing as someone her own age.  (Getty Images)

Instead, she had been talking to Scott Tyree, a 38-year-old man who abducted her and kept her chained in his Virginia home for four days where he beat and raped her.

FLORIDA MAN TRIED TO KIDNAP 2 WOMEN IN ONE NIGHT, INCLUDING VICTIM WHO BEGGED TO BE SET FREE, POLICE SAY

Kozakiewicz was rescued after the FBI received a tip about her whereabouts. She now raises awareness about internet safety through her organization, The Alicia Project.

Tyree was sentenced to 19 years in prison.

Amanda Berry, Gina DeJesus and Michelle Knight were abducted by a Cleveland man and held captive for about 10 years in his basement. (AP Photo)

Three women – Amanda Berry, Gina DeJesus and Michelle Knight – were abducted by Ariel Castro, a school bus driver, between 2002 and 2004 and held captive in his Cleveland basement.

Berry, who had a child while she was held captive, was able to escape the home and alert police with the help of neighbors in 2013.

Castro was sentenced to life in prison plus 1,000 years. However, he died in prison after he was found hanging in his jail cell in 2013.

Fox News’ Nicole Darrah and Lucia I. Suarez Sang contributed to this report.