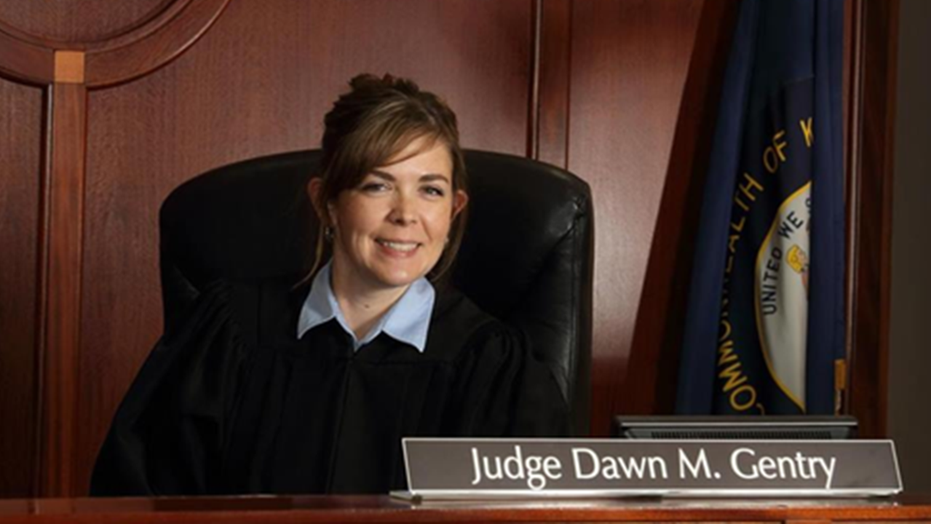 A Kentucky family court judge accused of having sex with staff members in the courthouse was temporarily suspended with pay this week while officials continue to investigate allegations of sexual misconduct and other ethics violations leveled against her last month.

Some of the allegations leveled against Gentry included having sexual relationships with multiple employees while in the office and other inappropriate workplace behavior.

“While serving as Family Court Judge for Kenton County—in particular, since being elected to that position in November 2018—you have engaged in a pattern of conduct that constitutes misconduct in office and violates the Code of Judicial Conduct,” the commission first said in a statement in November.

One of the lewder charges leveled against the judge included the “inappropriate hiring” of Stephen Penrose, a man she was said to have been engaged in a sexual relationship with.

“You hired Stephen Penrose because you were engaged in a personal sexual relationship with him, not on the basis of merit,” the commission said, before adding that she forced another employee to resign “to create a job opening for Mr. Penrose.”

She also is accused of hiring other employees not based on merit and of making unwanted sexual advances toward others through the social media platform “Snapchat.”

Gentry faces disciplinary action for falsifying timesheets, delaying hearings for or dismissing attorneys who did not support her bid for Kenton County Family Court judge, and coercing others to contribute to her campaign while serving as an appointed judge. She was suspended Monday with pay pending the outcome of the commission’s investigation.

Gentry has denied all accusations. She was first appointed to the bench to fill a vacancy before being elected in Nov. 2018 to a four-year term.