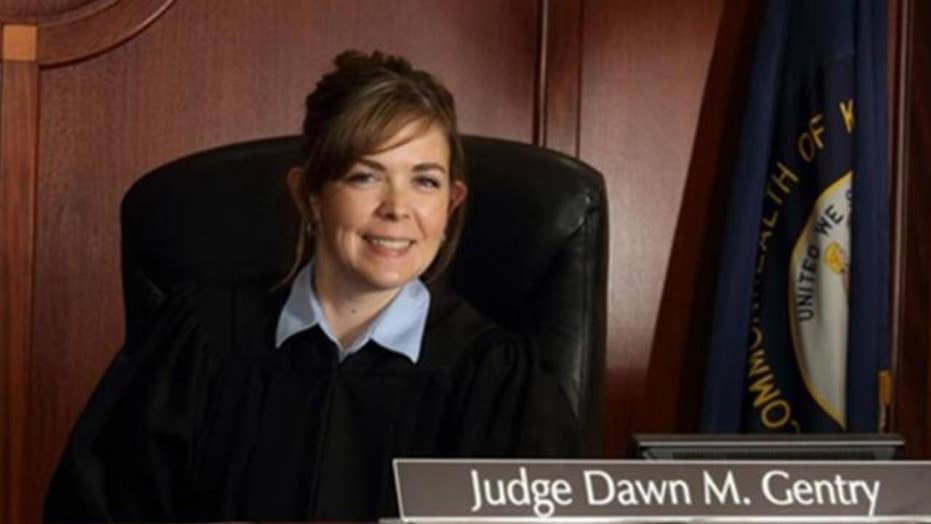 Republican Judge Dawn Gentry, of the Kenton County Family Court, could be removed from the bench if accusations against her are proven to be true. She faces nine misconduct-related charges for allegedly making inappropriate sexual advances, trading jobs for donations to her campaign, using a legal panel for campaign work, retaliating against employees and attorneys, keeping false time sheets, and allowing her employees to consume alcohol.

A Kentucky judge has come under fire for allegedly desecrating her position and courthouse after an anonymous complaint accused her of favoritism, making sexual advances and other misconduct.

Republican Judge Dawn Gentry, of the Kenton County Family Court, faces nine misconduct-related charges for allegedly making inappropriate sexual advances, trading jobs for donations to her campaign, using a legal panel for campaign work, retaliating against employees and attorneys, keeping false time sheets, and allowing guitars to be played in the office and her employees to consume alcohol.

The Kentucky Judicial Conduct Commission filed the charges against Gentry following an investigation. The complaint was filed on Nov. 18 and a Notice of Formal Proceedings and Charges was released on Dec. 4, according to the Cincinnati Enquirer.

One member of the panel, Katherine Schulz, reportedly quit after Gentry flirted with her through Snapchat, and asked her if she would have sex with Gentry's husband.

Attorney Mike Hummel, who was also on the panel, said Gentry dismissed him because he didn't donate enough money to her reelection campaign. The judge also reportedly retaliated against Kelly Blevins, a school liaison officer who supported Gentry's opponent during the 2018 election.

“This isn’t just little bulls--- that happens behind the scenes in every county,” Hummel told the Enquirer. “This is someone abusing power to affect the lives of others.”

Gentry is also accused of having a sexual relationship with Penrose, which led to her hiring him. The two allegedly played in a band together and also had sexual relations with Gentry's secretary, Laura Aubrey, while at work.

The judge denied the allegations to the commission, including having a sexual relationship with Penrose. Gentry also acknowledged appointing her “acquaintances” to a permanent custody roster, but added “almost all attorneys who practice in this county” are her acquaintances.

She was appointed to the bench by former Gov. Matt Bevin to fill a vacancy. She was reelected in 2018 to a four-year term and makes around $136,900 a year, according to the news outlet.

Gentry faces a disciplinary hearing, but a date has not been set.