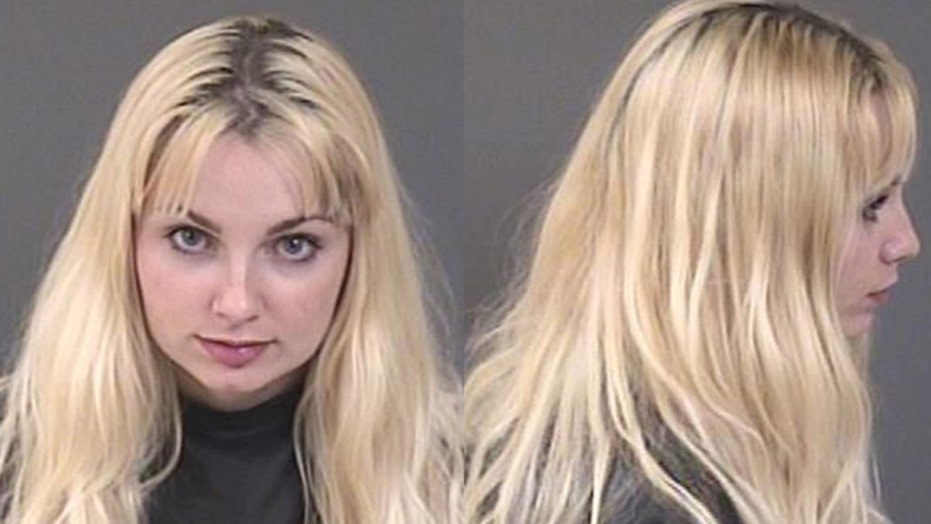 A Florida woman was not “lovin’ it” after she was arrested last week, accused of threatening McDonald’s employees when she didn’t get the dipping sauces she wanted with her meal, police said.

Maguire Marie Mclaughlin, 19, was charged with one count of disorderly conduct and one count of resisting arrest after she threatened to “rob” a McDonald’s in Vero Beach early Wednesday morning.

According to an arrest affidavit, River County Sheriff’s deputies went to the fast-food chain on 20th Street around 4 a.m. following reports of an “irate” woman at the drive-thru window.

Maguire Marie Mclaughlin, 19, was charged with one count of disorderly conduct and one count of resisting arrest after she threatened to “rob” a McDonald’s in Vero Beach early Wednesday morning.  (River County Sheriff’s Office)

Witnesses told police that the woman, later identified as Mclaughlin, “ordered a large amount of food” and requested “one flavor of every dipping sauce” after she already had paid. Employees told Mclaughlin that the restaurant charges 25 cents per sauce.

Mclaughlin began swearing at the employees and threatened to get “the sauce by whatever means necessary, however, could not specify what she meant by that,” the affidavit stated.

Police interviewed Mclaughlin on the scene and described her as having glossy eyes and slurred speech, with breath that smelled of alcohol.

While attempting to arrest her, Mclaughlin began to resist but was eventually restrained and taken to the Indian River County Jail for processing.

She posted bond later that day and is due back in court at the end of the month.