“Empire” actor Jussie Smollett's alleged hate crime attack unraveled after police reportedly determined he "took advantage of the pain and anger of racism to promote his career" by allegedly paying two brothers to stage the attack against him. He is now facing felony charges for allegedly orchestrating the "phony" hate crime attack.

Here are other recent alleged hate crimes -- many of which initially were reported to have been carried out by pro-Trump aggressors -- that turned out to be completely fake.

Former Drake University student Kissie Ram, 19, pleaded guilty in January 2019 for lying about a racist note she originally claimed had been shoved under her dorm room door in Des Moines.

The Des Moines Register reported in November that some students at Drake University reported notes slipped under their doors said: “We’ve decided that we no longer want [you] on our campus. Which means you need to leave or else.”

The note was slipped after the school was targeted with racist robo-calls demanding African-American students be expelled to Africa.

However, an investigation uncovered that only one of the notes was legitimate, and four others were copycats of the original note, the Des Moines Register reported in late November.

Last month, Ram pleaded guilty to making a false report to a public entity and was ordered to pay a civil penalty of $200, perform 50 hours of community service and spend a year on probation. She also was given a deferred judgment, which allows her convictions in the case to be removed from court records if she fulfills her probation terms.

A university spokesperson said in January that Ram was suspected of writing two of the notes as part of her hoax and that they are still investigating who may have written the remaining two, including the first reported Nov. 7.

The next day, she told police, the tire of her car had been slashed and a note left behind read, “Go Home.”

A police investigation discovered that Lewis’ alleged confrontation with the teenagers never occurred and that she had written the note herself and put it on her car.

Lewis was charged with making a false punishable written statement.

Kansas resident Dauntarius Williams, who is black, claimed in photographs posted on social media in late October 2017 that his vehicle had been covered with racial slurs against blacks and messages that included “Go Home,” “Date your own kind” and “Die.”

The Riley County Police Department revealed, however, the then-21-year-old man had told investigators that he put the racist graffiti on his own car as part of a Halloween prank that got out of hand.

Authorities determined that charging Williams with filing a false report would “not be in the best interests of the citizens” of Manhattan, Kansas. Police said Williams was “genuinely remorseful and expressed sincere regret” that his actions resulted in negative media attention.

A month after the 2016 presidential elections, then-18-year-old Yasmin Seweid, who is Muslim, reported that three men taunted her aboard a New York City subway train, yelling “Donald Trump” and calling her a terrorist. She claimed one of the men tried to remove her hijab.

Within two weeks of her claims, police said she admitted to lying because she had broken her curfew. She was arrested on charges of filing a false report and obstructing governmental administration.

Georgia Nathaniel Stang admitted to painting the phrase "Heil Hitler" on the wall of an Indiana church where he was an organist.

Georgia Nathaniel Stang, 26, of Bloomington, Indiana pleaded guilty to institutional criminal mischief in April 2018 after he admitted to vandalizing the church he worked at as an organist.

Police said they received a phone call on Nov. 13, 2016, that someone had painted the words “Heil Hitler” on the north wall of the St. David’s Episcopal Church. A swastika and a gay slur were also painted on the church’s west side wall.

After a six-month investigation, police determined that vandalized the church to “mobilize a movement” after being disappointed in the results of the 2016 presidential election.

Stang told FOX59 that he “wholeheartedly” regretted his actions and that they are not representative of his views.

“One of the things I regret the most is adding more hatred in a world that already has so much,” he said.

Azhar Hussain, a former assistant professor at Indiana State University, was accused of making false reports of anti-Islamic threats against him.

Azhar Hussain, a former assistant professor of aviation technology at Indian State University, was arrested in April 2017 for allegedly creating and sending emails campus-wide containing anti-Muslim messages and threats a month before.

The university’s police said some of the emails specifically mentioned Hussain as a target.

“Based upon the investigation, it is our belief that Hussain was trying to gain sympathy by becoming a victim of anti-Muslim threats which he had created himself,” Joseph Newport, chief of ISU’s police department, told FOX59.

Jalen Mitchell, a former Capital University student, confessed in early 2017 to “submitting multiple false reports to campus police” after claiming that he found a note containing racist and homophobic language taped to the back door of his university-owned residence.

He told the Columbus, Ohio, university’s student newspaper, The Chimes, that he fabricated the alleged assault and made up the note because he wanted people to notice him.

“It was a way to try to get attention, to say ‘Someone notice me, I’m dying on the inside,” he said. “I didn’t mean to cause alarm, I didn’t mean to scare anyone. I just wanted to be noticed…not for fame, just acknowledgment.”

The matter was referred to the university’s Judicial Affairs. 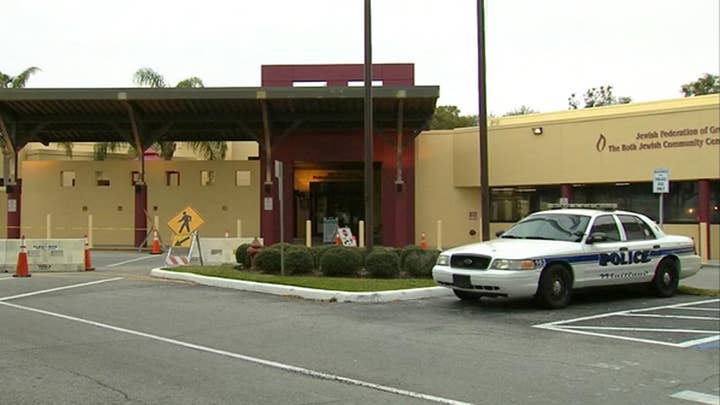 The then-18-year-old was arrested after a trans-Atlantic investigation with the FBI after dozens of anonymous anti-Semitic threats made in 2017. Police said Kadar, from southern Israel, used advanced technology to mask the origin of his calls and communications to synagogues, community buildings and public venues.

He was also charged by the U.S. Department of Justice.