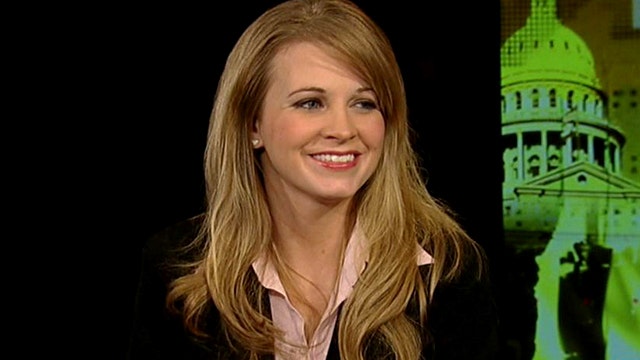 For Jessica Lynch, waking up and strapping on a leg brace first thing in the morning is always a bitter and blessed reminder of everything she endured after she was captured by Saddam Hussein’s Iraqi forces in 2003 and held as a prisoner of war (POW) for nine days.

“Every day is a constant reminder of what I went through. Every day there are still battles to face – the physical and the interior, mental scars,” Lynch, whose rescue from the clutches of enemy forces in Iraq marked the first successful recovery of an American POW since World War II, told Fox News. “I remind myself of all of those who did not come home.”

Lynch, now 37, was 19 years old when her unit was ambushed near Nasiriyah, a prominent crossing point over the Euphrates northwest of Basra, Iraq. She was severely wounded and 11 of her comrades were killed.

She was rescued on April 1, 2003 by U.S. special operations forces who staged a diversionary attack after having been alerted of her whereabouts by a local lawyer, who cautioned that Lynch had been tortured and was badly injured, but alive.

JON STEWART JOINS GILLIBRAND, OTHERS IN PUSH FOR AID TO VETERANS EXPOSED TO BURN PITS

This past Friday marked the 41st annual Prisoner of War and Missing in Action (MIA) Recognition Day, which was established by President Jimmy Carter in 1979.

As it stands, the remains of nearly 82,000 Americans are still unaccounted for, according to the U.S. Department of Defense’s POW/MIA Accounting Agency (DPAA). Data shows that there are approximately 73,515 still missing from World War II, 7,841 from the Korean War, 1,626 from Vietnam, 126 from the Cold War, and six from conflicts that have emerged since 1991.

DPAA estimates that some 75% of the disappeared span the Asia-Pacific, with more than 40,000 presumed to have been lost at sea.

For Lynch, the annual day comes with a little extra injection of quiet contemplation – but each day of her life is wrapped in reflection.

“I can very much remember it all with clarity. It is something you don’t just forget. I remember the faces; it is hard to explain. It is all so clear in my mind,” Lynch, whose lively and upbeat voice camouflage those headline-generating dark days. “I can’t believe it has been more than 17 years – when you go something traumatic like that – it’s the smells, it is the smallest things that take you back.”

President Trump awards the Medal of Honor to Army Sgt. Maj. Thomas P. Payne in the East Room of the White House on Friday, Sept. 11, 2020, in Washington. (AP Photo/Andrew Harnik)

The rescue mission – which also entailed retrieving the bodies of eight U.S. soldiers slain alongside Lynch – remains one of the most storied from the early days of the Iraq epoch.

On Sept. 11 this year, South Carolina native and former U.S. Army Ranger and Delta Force operator Sgt. Major Thomas Patrick Payne – one of Lynch’s rescuers who still carries shrapnel in his leg from subsequent years fighting in Afghanistan – was bestowed the Medal of Honor by President Trump.

Lynch now works as a substitute teacher in Palestine, West Virginia – the same small 5000-person town where she was born and raised.

“I love kids, I love the schools and getting to teach all the way from kindergarten through to 12 grade. But my specialty, if I had to pick, it is elementary level,” Lynch said. “Other than teaching, I’m a middle school cheer coach, and I’m doing some virtual speeches and working on a leadership book.”

In addition, Lynch does motivational speaking events across the country, most of which have halted as a result of the coronavirus pandemic grounding much of ordinary life across the U.S. And while her name often brings a flicker of recognition when she travels, in her tiny town she is just Jess.

“No one makes a big deal of it, it is not anything special, and at veteran’s events I blend in with the other veterans,” she continued. “I don’t put myself at the forefront, all of us are equal, and that is the way it should be.”

But for the retired soldier, ordinary life for the past 17 years has been a far cry from what most could imagine.

Along with battling the psychological scars, Lynch has been left with a plethora of physical ailments requiring ongoing physical therapy and surgeries. While in captivity, she suffered everything from a broken back, right arm and right foot to a shattered left femur, tibia, numerous fractured ribs, and a deep gash to her head.

“My right foot was basically turned backward and crushed, so it has all kinds of screws and pins in it, and the tendon is tied to my bones to keep them from popping out. I still have a lot of problems. I want to walk on the outside of my foot instead of just flatly, so I am doing physical therapy to try and correct it as much as I can,” Lynch said with a light laugh. “I have no feeling in my left foot, and my femur and tibia have a rod where the bones used to be. I throw all my weight to one side to compensate, which throws my back out of whack, so there is a lot still to work on.”

However, when Lynch speaks of her ordeal, there are no complaints, no hints of self-pity nor regret.

“I just kept wanting to push through one more day, and I think my family played a large part in that,” Lynch went on. “I just really wanted to be able to go home, to see my family, see my friends. I don’t know where that perseverance came from – I just knew that all I could do was keep telling myself, you have to persevere.” 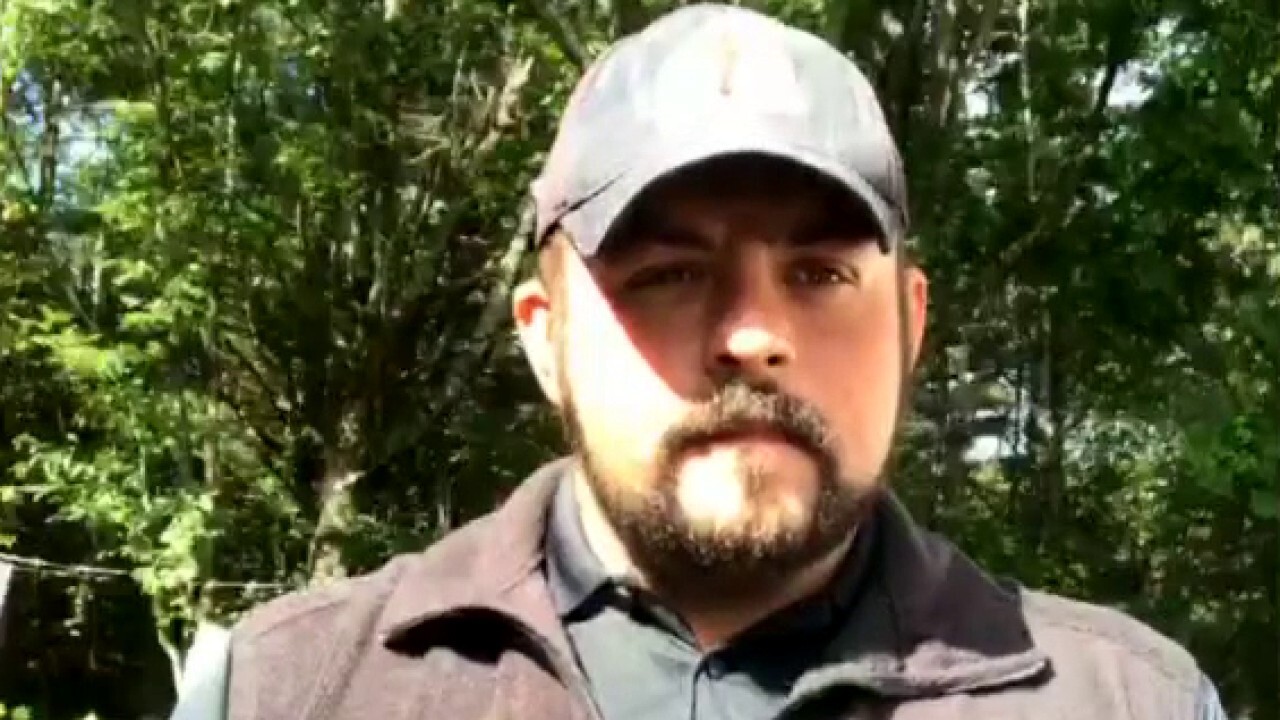 Lynch said she just had to put her mental anguish aside and put her energy into physically getting through the pain. Second by second.

“When you’re in a position like that, it becomes more about how can I physically stay safe? How can I manage this? There was some praying there, but my (energy) went into the physical survival,” she recalled.

Years on, and thriving – not just surviving – each day entails both physical and mental stamina.

“Mindset is important; if you wake up every day with a negative attitude, you are going to stay in that state,” Lynch observed. “I have had to learn over the years; that mindset is just as important as the physical wanting to get better.”

But Lynch, in defiance of her injuries and the then-possibility that she might never walk again, has persevered and is now also the mother to a 13-year-old Dakota Ann. Her daughter was named in honor of Lynch’s fallen friend, Lori Ann Piestewa, who died in hospital after being rescued following the same ambush, and became the first woman to perish in the Iraq War.

“My daughter has been to so many events with me, and she understands everything,” Lynch noted. “But I don’t go into the gory details…”

Her voice trails off.

Lynch was awarded the Bronze Star, the Purple Heart, and Prisoner of War medals, and left the military with an honorable discharge on Aug. 27, 2003.

“It is the same perseverance that got me through then, that gets me through today,” Lynch added. “There is something inside of me – I continue with my physical therapy, but when you have children, you want to keep going. You want to be strong, and you want them to see you as the strongest person you can be.”

Earlier this month, Trump announced that the U.S. would be withdrawing thousands of troops from battle-worn Iraq – from 5,200 to around 3,000 by November – having long vowed to end American’s embroilment in “endless wars” abroad.

“I would love to see all of our troops come home to be with their families,” Lynch said. “But whether they stay or come home or are stationed elsewhere, we need to continue to support them. I’ll continue to pray for them – the No. 1 focus needs to be for them to come home safely.”