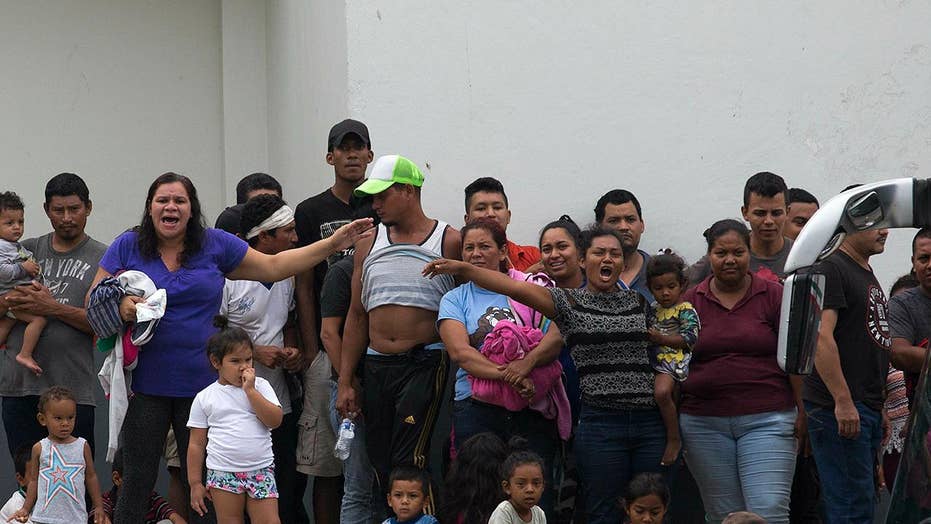 More than 100,000 migrants were apprehended or turned away at the southern U.S. border with Mexico in April for the second month in a row, U.S. Customs and Border Protection announced Wednesday.

In the figures released by immigration officials, 109,144 people were encountered trying to enter the U.S. illegally last month. Of those trying to cross, 58,474 were with families, and 8,897 were unaccompanied children.

Another 31,606 were single adults, according to border patrol numbers. Of the nearly 110,000, 10,167 people were turned away at ports of entry, as they were deemed "inadmissible" by immigration authorities.

Border Patrol Chief Carla Provost told senators on Wednesday that apprehension numbers were "off the charts," and she's had to divert agents to care for children.

Provost said that shifting resources elsewhere won't address the crisis. She added she's worried about drugs and other contraband that's getting through as resources are shifting to caring for children.

In March, CBP said that 103,719 people were turned away or apprehended at the southern border.

The agency said on Twitter Wednesday that, "As of Sunday, only 7 months into the fiscal year, #BorderPatrol has surpassed the TOTAL Southwest border apprehensions of every fiscal year since 2009."