Fox News contributor Ted Williams explains how the Idaho murder investigation may be impacted by new photos that show the inside of the home where four students were killed.

FIRST ON FOX: MOSCOW, Idaho — A former tenant of the Moscow, Idaho, home where four University of Idaho students were murdered on Nov. 13 says it was difficult to hear activity on the second and third floors of the home from the first, where he lived.

Ryan Augusta — a healthcare worker and local business owner who now lives in Genesee, Idaho — told Fox News Digital in an interview that when he lived on the first floor of the home on King Road in 2019, unless his roommate was playing the television loudly on the second floor, he typically "heard nothing" from the second and third floors.

"I wouldn't have heard it from downstairs," Augusta, 43, said when asked whether he could hear activity coming from the second and third floors of the house when he lived on the first floor.

Police search a home in Moscow, Idaho, on Nov. 14, 2022, where four University of Idaho students were killed in a quadruple homicide. (Derek Shook for Fox News Digital)

At the time of the November quadruple homicide, there were six tenants listed on the lease for the home located near the university's campus, next door to Greek Row, where the student fraternity and sorority houses are located. 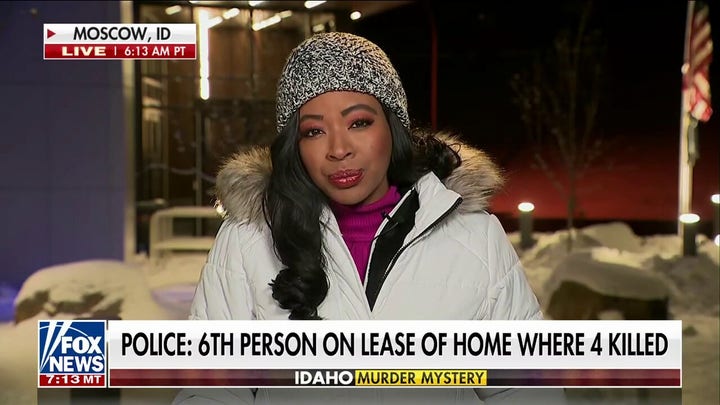 Augusta, a U.S. Army veteran, said he did not know of any crime in the area while he lived there.

Moscow police have said that two of the victims' roommates — who lived on the first floor — survived the attack that left Ethan Chapin, 20; Xana Kernodle, 20; Kaylee Goncalves, 21; and Madison Mogen, 21, dead in the early morning hours of Nov. 13.

View into the house on 1122 King Road, Moscow, Idaho, on Nov. 14, 2022. The home is sealed up following a quadruple homicide involving four University of Idaho students. (Derek Shook for Fox News Digital)

The two roommates on the first floor arrived home at 1 a.m.; Kernodle and Chapin returned home around 1:45 a.m.; and Goncalves and Mogen got back just before 2 a.m. Authorities believe the four were stabbed to death between 3 a.m. and 4 a.m., likely while asleep.

Ethan Chapin, 20; Xana Kernodle, 20; Madison Mogen, 21; and Kaylee Goncalves, 21, along with the women's two other roommates in Goncalves' final Instagram post, shared the day before the slayings. (@kayleegoncalves/Instagram)

Police responded to a 911 call reporting an unconscious person from one of the two surviving roommates' phones at 11:58 a.m. on Nov. 13 and located the four deceased students upon arrival shortly thereafter. All victims had multiple stab wounds and "some" had defensive wounds. An unknown number of friends were at the scene when a 911 call was made from one of the victims' roommates' phones to report un unconscious person that morning.

In 2019, when Augusta lived at the house, the residence had code locks on each bedroom door because each bedroom was rented individually, he said.

Photo provided by Ryan Augusta shows the doorknobs in his bottom-floor apartment at 1122 King Road in Moscow, Idaho, in 2019. (Ryan Augusta)

It was unclear if that was still the case when the victims began their lease on June 5. Some other victims' social media posts showed images of the home that reflected that the locks had since been changed. Team Idaho & Team Washington Property Management, which oversees the property, had no comment on Friday.

A sign posted in a local diner in Moscow, Idaho, on Monday asks the public to look for clues in the quadruple homicide of four students from the University of Idaho. (Stephanie Pagones/Fox News Digital)

He called the residence at the time a "community house." 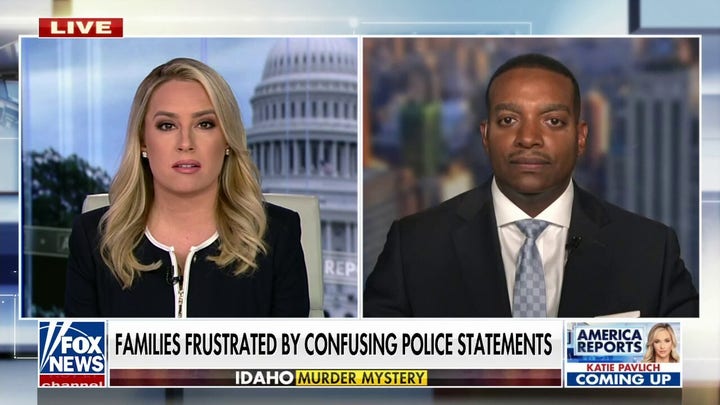 He said people would frequently use a "walk path" that led directly from the area of the King Road home to the nearby fraternities.

"People would continue to walk up that path to that parking lot back there because they probably parked back there, and they lived in the [next-door] brown complex or something," Augusta explained. "So, yeah, people walk through that all the time. You would always hear people out front. Always trash on the ground, broken bottles — it was pretty nasty."

General view of the Sigma Chi house in Moscow, Idaho, on Nov. 14, 2022. Visible in the background just to the left of the roof is the home where four University of Idaho students, including Sigma Chi fraternity brother Ethan Chapin, were murdered. (Derek Shook for Fox New Digital)

The former tenant said he did not have many concerns about his own safety in the neighborhood, but added, "I was concerned for everyone else's safety at 1122, but that's because there were so many outrageous parties."

"I was more worried about drunken hooligans just causing a ruckus," he said.

General view of the Moscow, Idaho, home taken on Nov. 16, 2022, where four students of the University of Idaho were murdered. (Derek Shook for Fox News Digital)

Augusta said he has since submitted two tips to police, and is considering a third based on his experience around Moscow and living at the home. 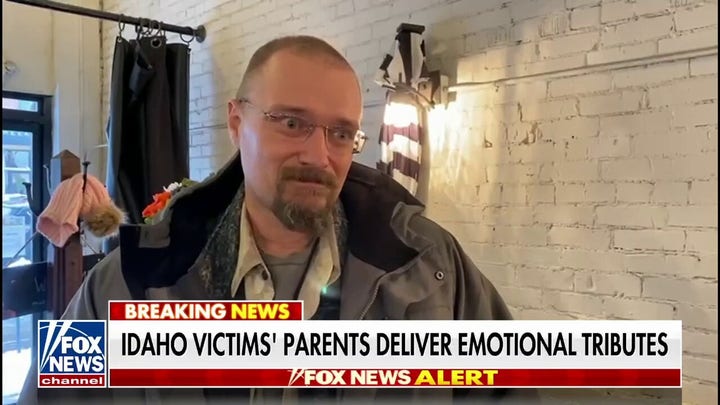 Moscow police have continued to describe the brutal murders as "an isolated, targeted attack." University of Idaho students who left campus for Thanksgiving break were given the option to stay home and learn remotely instead of returning to campus with a suspect still on the run.

Authorities are asking anyone with information about the incident to call 208-883-7180 or tipline@ci.moscow.id.us.