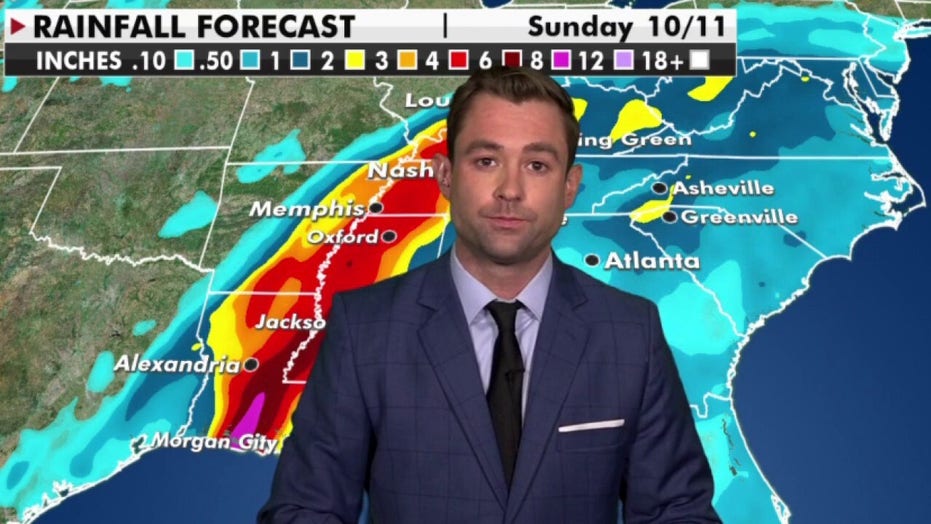 Fox News Meteorologist Adam Klotz on where the storm is going.

A rapidly strengthening Hurricane Delta is taking aim at the resort hotspot of Mexico's northeastern Yucatan Peninsula before targeting the U.S. Gulf Coast later this week.

The U.S. National Hurricane Center in Miami said Tuesday afternoon that Hurricane Delta is now a Category 4 storm, packing maximum sustained winds of 140 mph as it is located 260 miles east-southeast of Cozumel moving west-northwest at 16 mph. The storm was upped from a Category 3 to a 4 between 10:50 a.m. to 11:20 a.m. EDT, with forecasters labeling the storm as "dangerous."

The storm rapidly intensified overnight from having 80 mph winds into a Category 4 hurricane with 140 mph gales and is expected to strengthen even further as it moves north into the Gulf of Mexico.

Hurricane Delta, strengthening as it takes aim at Mexico's Yucatan Peninsula, can be seen on satellite Oct. 6, 2020. (NOAA/GOES-East)

Delta is expected to stay a major hurricane -- Category 3 or higher --  by the time it reaches the Yucatan Peninsula on Wednesday and remain a powerful storm over the Gulf of Mexico through at least Thursday.

Forecasters from the NHC noted that Delta is expected to reach a Category 4 storm while in the Gulf of Mexico as it moves over warm waters.

The brunt of the storm is expected to arrive along the northern Yucatan Peninsula starting Tuesday night, with a hurricane warning in effect for Tulum and Cozumel, resorts still being soaked by the remnants of Tropical Storm Gamma.

The NHC is warning of an extremely dangerous storm surge raising water levels by as much as 6 to 9 feet, accompanied by large and dangerous waves and flash flooding inland.

Delta “presents an important danger for the coastal regions” because of the storm surge in the lower parts of Quintana Roo, such as the resorts of Cancun, Holbox island or Isla Mujeres, Jorge Zavala, head of Mexico’s meteorological service, said in a press conference late Monday. The area is still feeling impacts from Tropical Storm Gamma.

Mexico began evacuating tourists and residents from coastal areas along its Riviera Maya Tuesday. Quintana Roo Gov. Carlos Joaquin said that buses were already carrying people off Holbox Island and all of the hotels in Puerto Morelos were busing their guests inland to government shelters.

Mexican President Andrés Manuel López Obrador said Tuesday that 5,000 federal troops and emergency personnel were being made available in Quintana Roo to aid in storm efforts.

Once Delta moves through Mexico, the storm is expected to curve in the Gulf of Mexico and take aim around Friday on the U.S. Gulf Coast.

Energy companies were also taking precautions on oil rigs, pulling nonessential workers from platforms on Monday in preparation for the storm's arrival.

Right now, it appears Louisiana will take the brunt of the worst of the impacts from this storm, but everyone along the coast needs to pay attention to the path of Delta.

"Expecting a Category 4 storm, that's not good news," Dean said Tuesday. " Really all of the Gulf Coast states need to monitor this."

As the storm gets closer to the U.S., the potential for heavy rain and flash flooding will extend from the Gulf Coast to the Tennessee River Valley and across the Southeast.

Heavy rain and a flash flooding threat are possible into the weekend as Hurricane Delta approaches the Gulf Coast of the U.S. (Fox News)

In a news release on Monday, the governor said the State Emergency Operations Center (SEOC) has remained activated since March due to the ongoing COVID-19 fight and multiple tropical threats, including the ongoing recovery for Hurricane Laura.

“It’s unfortunate to have another system threaten Louisiana’s coastal parishes, but it is a situation we are prepared to handle," the governor said in a statement. "It is common for many people to experience hurricane fatigue during a busy season, but we need everyone to take this threat seriously." 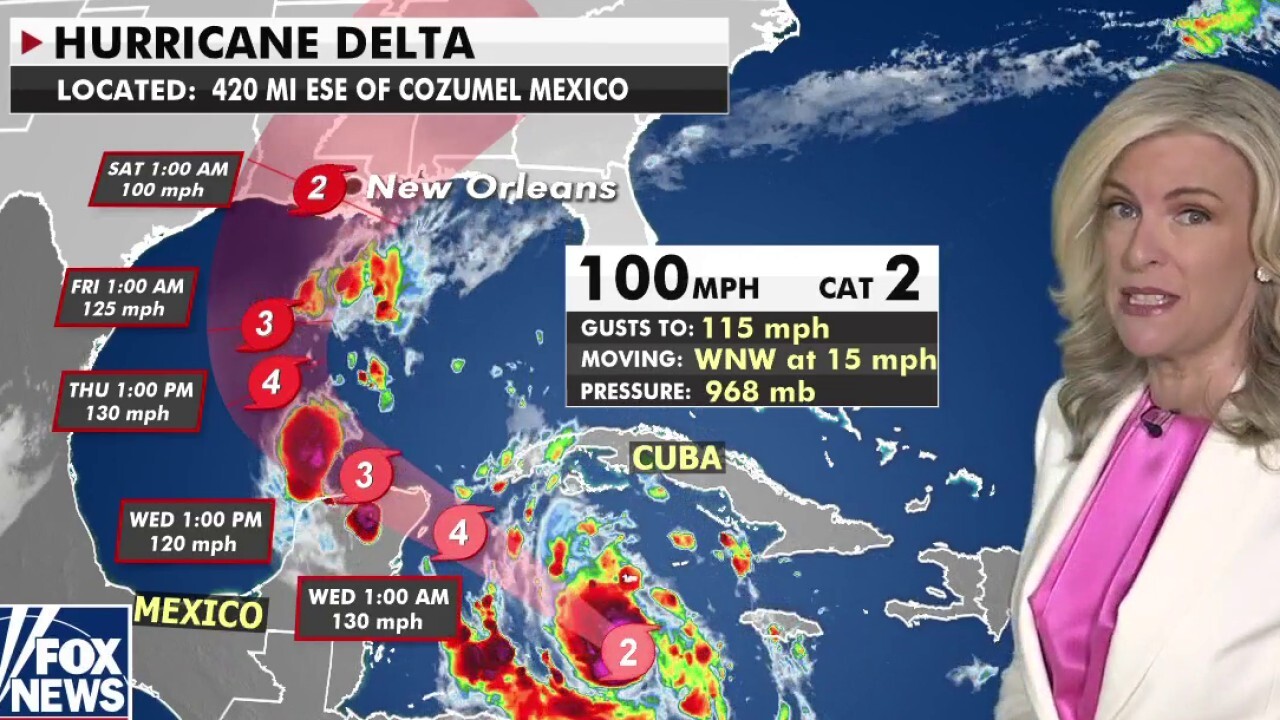 If the storm makes landfall in the U.S., it would be the 10th storm to do so this season, which could break the record for storms to directly strike the continental U.S.

"I know we don't need to hear this, another hurricane, perhaps major hurricane making landfall once again this year which is going to be quite unfortunately dangerous for this area," Dean said Tuesday.

Delta is the 25th named storm in the 2020 Atlantic hurricane season, setting yet another record. The previous record for the earliest 25th Atlantic named storm is Nov. 15, 2005, according to Colorado State University hurricane research scientist Phil Klotzbach.

So far this year, there have been 25 named storms, including eight hurricanes and of those, two major hurricanes. Delta is now the third major storm.

Fox News' Brandon Noriega and the Associated Press contributed to this report.