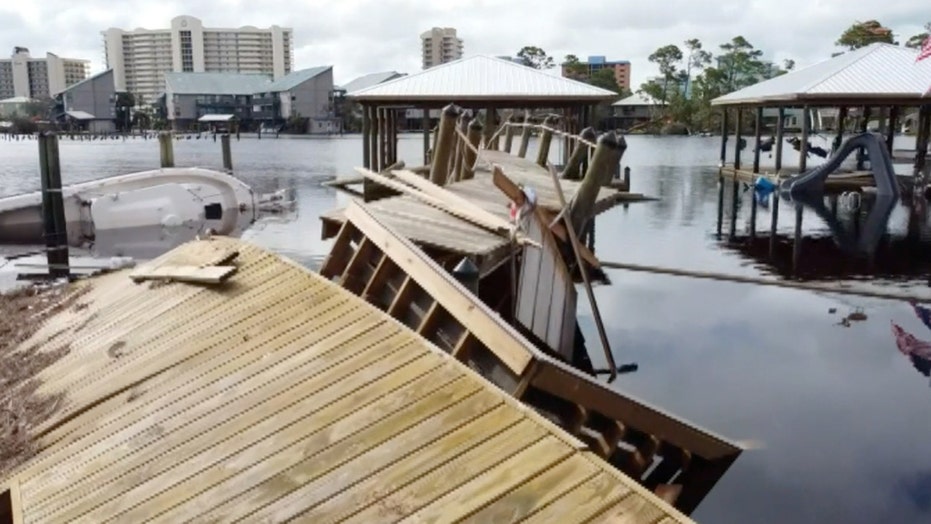 It was just a week ago that Hurricane Sally roared ashore, bringing devastating flooding to coastal areas in Alabama and the Florida Panhandle.

The imagery covers areas surrounding Mobile, Ala., and Pensacola, Fla., which show damage to marinas and the Pensacola Bay Bridge.

Other photos show sections of the Pensacola Bay Bridge that are now missing after being knocked into the bay by a barge that became loose.

Damage to the Pensacola Bay Bridge can be seen on Sept. 18, 2020, after Hurricane Sally roared through the region. (NOAA/National Geodetic Survey)

"Aerial imagery is a crucial tool to determine the extent of the damage inflicted by flooding, and to compare baseline coastal areas to assess the damage to major ports and waterways, coastlines, critical infrastructure, and coastal communities," NOAA said. "This imagery provides a cost-effective way to better understand the damage sustained to both property and the environment."

Damage to a marina in Navarre, Fla., after Hurricane Sally roared through the region. (NOAA/National Geodetic Survey)

Major beach erosion can also be seen in other images from barrier islands in the area.

Erosion on barrier islands on Florida's Panhandle in the wake of Hurricane Sally. (NOAA/National Geodetic Survey)

Large amounts of sand were also pushed into areas with beach homes from Sally's storm surge.

Sand was pushed around homes in Pensacola Beach, Fla., after Hurricane Sally roared through the region. (NOAA/National Geodetic Survey)

Sally made landfall as a Category 2 storm near Gulf Shores, Ala., after strengthening as it approached the coast.

Washed-up barges in the Graffiti Bridge area of Pensacola, Fla., after Hurricane Sally roared through the region. (NOAA/National Geodetic Survey)

Storm surge then caused major flooding in places such as Pensacola, where the downtown area was filled with several feet of water.

The storm was blamed for two deaths in the region. 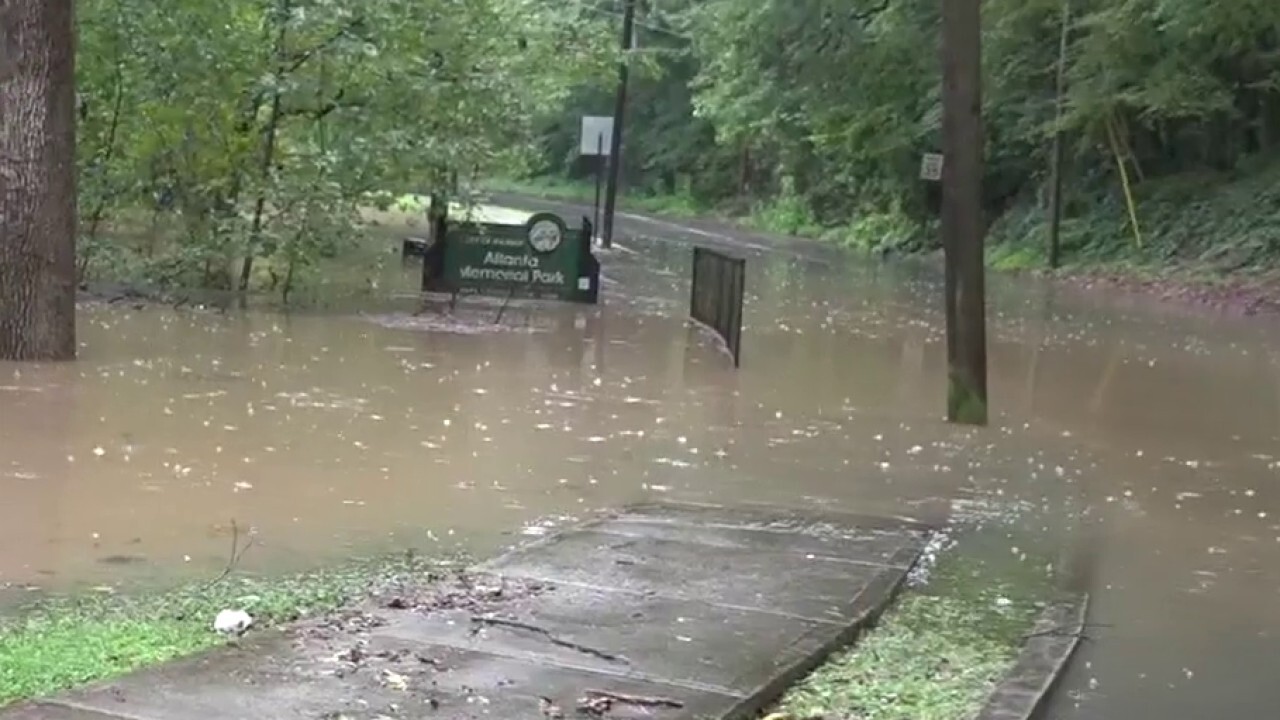 At one point, Sally was one of five active tropical cyclones whirling in the Atlantic basin.

Forecasters said at the time it was only the second time in history that so many storms had existed in the Atlantic simultaneously.