Georgia authorities on Thursday released a video showing someone leaving an explosive device next to a rural monument conservative Christians criticized as satanic and others dubbed "America's Stonehenge" that heavily damaged the pillars so much so that they were demolished.

The Georgia Guidestones monument near Elberton was damaged by an explosive device, the Georgia Bureau of Investigation said, and later knocked down "for safety reasons," leaving a pile of rubble in a picture that investigators published.

The 16-foot-high (5-meter-high) panels bore a 10-part message in eight different languages with guidance for living in an "age of reason." One part called for keeping world population at 500 million or below, while another calls to "guide reproduction wisely — improving fitness and diversity." 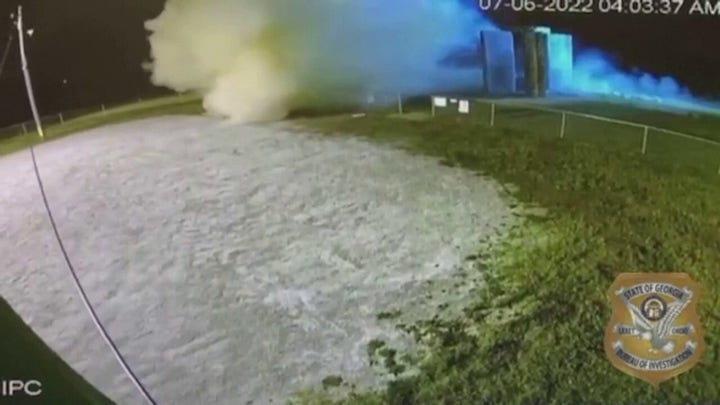 The attraction gained renewed attention in May when Kandiss Taylor, a Republican candidate for governor, claimed the stones were satanic and included destroying them as part of her platform, according to the Associated Press.

"God is God all by Himself. He can do ANYTHING He wants to do. That includes striking down Satanic Guidestones," Taylor tweeted Wednesday.