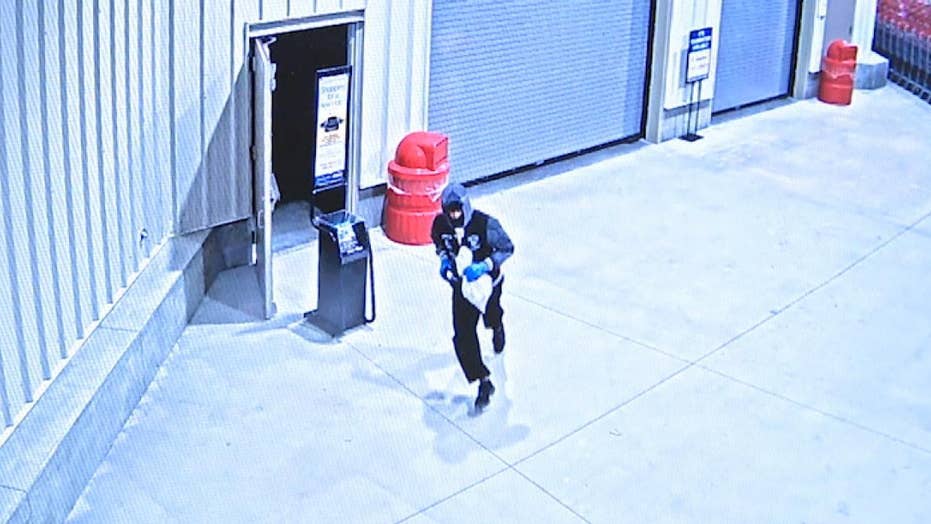 Raw video: The Coweta County Sheriff’s Office is searching for a man who hid in a Costco for hours before stealing thousands of dollars worth of jewelry in Georgia.

A bold thief in Georgia hid in a local Costco and waited for employees to leave for the night before swiping more than $13,000 worth in jewelry, police said.

The Coweta County Sheriff’s office said the thief was caught on camera entering the store in Sharpsburg earlier in the day on Oct. 10, seemingly staking out the place. He left, only to return several hours later.

“Surveillance video showed that at 7:45 on Thursday evening, the offender enters the location, walks around the store, then hides behind a display rack,” Sgt. Jae Robertson of Coweta County Sheriff's Office told FOX 5 Atlanta.

He was wearing a red hat and fluorescent vest.

The suspect waited until the store closed and employees went home before making his move, just after midnight, authorities said.

Around 12:02 a.m., the suspect was spotted again on surveillance footage wearing a black ski mask and gloves, walking toward the jewelry counter.

“The offender emerges, goes straight for the jewelry counter, bust out the glass, removed the jewelry, placed it in a bag, and left the location,” Robertson said. “When he exited through the employee door, that’s when the alarm sounded.”

The suspect's haul is believed to be worth some $13,000. Investigators said they believe the suspect ditched the fluorescent vest and red hat before his heist.

A car spotted on a nearby security camera is believed to have picked up the suspect and drove away. The vehicle's make or model was not immediately known.

Anyone with information should call the Coweta County Sheriff’s Office at 770-253-1502.