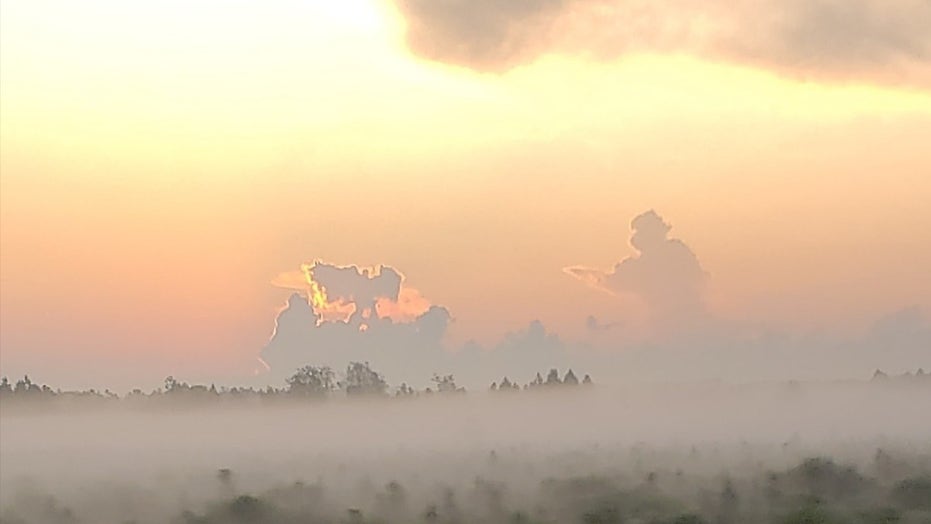 'The Only Plane in the Sky' collects 9/11 witness accounts

A Florida teacher caught a spectacular moment in the sky on the 18th anniversary of the Sept. 11 terrorist attacks: a cloud formation of what resembles a firefighter running toward an angel.

Matt Snow said he was driving to work on Wednesday when he spotted the clouds.

"It might be because today is 9/11, but this is the cloud formation I saw driving into work today. Doesn't it look like a firefighter running with a hose and an angel with the sun perfectly behind it?" he wrote on Facebook, alongside the hashtags "Never Forget" and "Patriot Day."

Matt Snow was driving to work on Sept. 11 when he spotted what resembled a firefighter and an angel in the clouds. (Facebook/Matt Snow)

Snow told WOFL he did a double-take when he saw the striking vision that day.

"I couldn't believe what I just saw. My wife and I are both teachers and we drive that road every morning with our kids," he said. "Out of all days, today it looked like that."

Nearly 3,000 people were killed in the Sept. 11, 2001, terrorist attacks, in which Al Qaeda Islamists hijacked airplanes to use as missiles, flying them into New York City's twin towers and the Pentagon in Arlington, Va.

A fourth hijacked plane did not hit its intended target and crashed into a field in Somerset County, Pennsylvania after the aircraft's passengers stormed the cockpit and tried to overpower the militants, an act of heroism which likely saved countless lives.

Of the law enforcement officers and first responders who died on 9/11, 343 of them were firefighters.

"We had a very strong sense we would lose firefighters and that we were in deep trouble," Peter Hayden, of the Fire Department of New York, told the 9/11 Commission. “But we had estimates of 25,000 to 50,000 civilians, and we had to try to rescue them.”