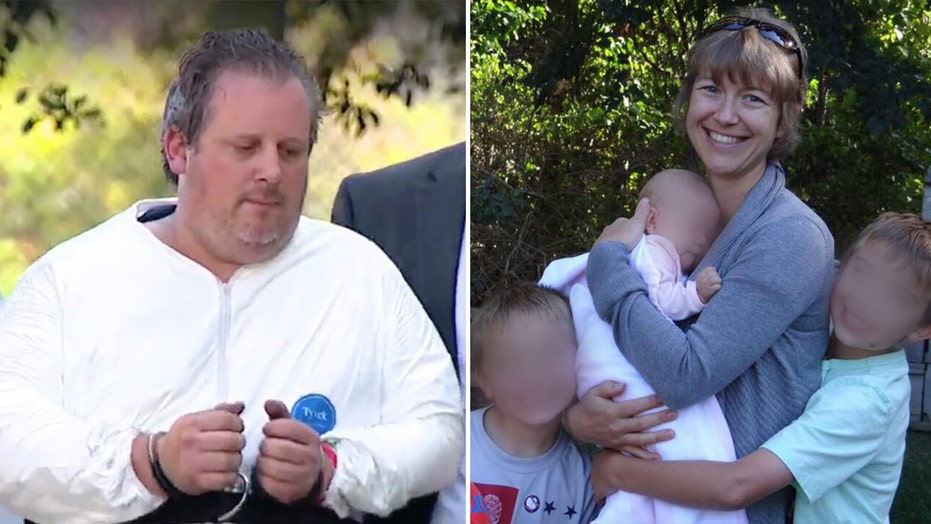 The wife and three kids of Anthony Todt were all wrapped in blankets and decomposing, with three stabbed in the abdomen, when deputies discovered the bodies inside their Florida home earlier this month, according to documents unsealed Friday.

Deputies with the Osceola County Sheriff’s Office noticed a “strong foul odor” when they entered the home in Celebration, located near Orlando on the outskirts of Disney World, to execute a federal warrant for Todt’s arrest, an arrest affidavit said.

The 44-year-old Todt could “barely stand and appeared to be shaking” as he tried to walk down the stairs from the second floor, a deputy said in a written report.

Todt was charged with four counts of homicide and one count of animal cruelty, the sheriff said. (Fox 35)

When asked if anyone else was in the house, Todt said his wife, Megan, was sleeping upstairs and his kids might be at a sleepover.

Deputies called out Megan’s name, but no one responded, the report said, adding that the odor grew stronger as they reached the second floor, where they found the four bodies and the body of a dog with “very visible decomposition" in a bedroom.

“While standing outside of the master bedroom, I could see a person laying on the floor who was wrapped in blankets,” one deputy reported. “Sticking out of the blankets was a foot that was black and blue in color.”

Megan Todt, 42, was found lying on a bed with two stab wounds to her abdomen, according to the arrest affidavit. Their two sons, 13-year-old Alek and 11-year-old Tyler, were on the floor beside the bed. Each had one stab wound to the abdomen.

The four bodies found in the Celebration, Fla., home on Monday belonged to 42-year-old Megan Todt and their three children, the sheriff said. (Megan Todt/Facebook)

Their 4-year-old daughter, Zoe, was found wrapped in a blanket at the foot of the bed under her mother’s feet. She did not appear to have suffered any stab wounds.

The cause of death was still pending for each family member.

Call records released by the sheriff’s office showed that worried relatives made several calls after it appeared the Todts had been missing for days around Christmastime.

“They’ve been really sick, I guess they’ve had the flu,” Todt’s sister told law enforcement during one call on Dec. 29. “They’ve had the flu for probably a couple weeks. They were really down and out during Christmas. The only person we’ve been able to talk to is my brother, and now... we can’t get a hold of any of them.”

Family members had made several calls between Dec. 29 and Jan. 10 to ask authorities to check on the Todt's. (Joe Burbank/Orlando Sentinel via AP)

Deputies checked on the home several times but were unable to make contact with the family. They said they found nothing suspicious and were unable to enter the home on their own until they ultimately served Todt with the federal arrest warrant on Jan. 13 for directing an alleged Medicaid fraud scheme at his physical-therapy practice in Connecticut.

Todt had confessed to murdering his family and their dog, Breezy, shortly after deputies took him into custody, the sheriff has previously said. He faced four counts of homicide and one count of animal cruelty.