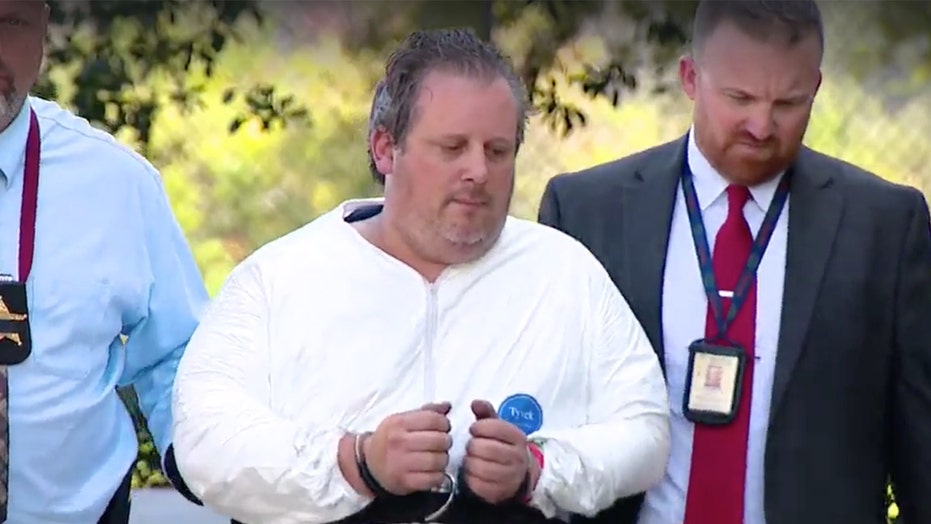 The Florida physical therapist charged with killing his wife, three children and dog in a home on the outskirts of Walt Disney World and leaving their bodies there for days appeared for the first time before a judge Thursday as new details emerged in his alleged health care fraud scheme in Connecticut.

Anthony Todt, 44, remained silent as he stood before Circuit Judge Margaret H. Schreiber. Wearing an orange jumpsuit with his hands cuffed behind his back, he gave a slight nod as Schrieber ruled he be held without bail.

Todt faces four counts of first-degree homicide and one count of animal cruelty.

Gibson declined to say how Todt’s family was killed, and an affidavit on the murder charges have been sealed, the Orlando Sentinel reported.

Todt was detained Monday after federal agents tried to serve him with a federal warrant for his arrest in connection to a Connecticut fraud case when they found him, and the bodies, inside the Celebration, Fla., home, Gibson said, without elaborating.

The four bodies found in the Celebration, Fla., home on Monday belonged to 42-year-old Megan Todt and their three children, the sheriff said. (Megan Todt / Facebook)

An affidavit and criminal complaint unsealed Wednesday in federal court in Connecticut showed Todt was being investigated for submitting fraudulent claims for physical therapy by the FBI and agents with the U.S. Department of Health and Human Services.

The allegations involved Todt and his Colchester, Connecticut-based clinics submitting claims to Medicaid and private insurers for physical therapy services that weren't given to patients, according to agents. He commuted to Colchester from Florida to work.

Todt was arrested after his release from the hospital Wednesday morning. He had ingested pills and talked about hurting himself, the sheriff said. (FOX35 WOFL-TV)

Todt said he committed the fraud to repay creditors, the Sentinel reported, citing the documents.

The Todts lived in a home in Celebration, Fla., just four miles from Disney World. The community was designed and built by the Walt Disney Company in the 1990s. (Joe Burbank/Orlando Sentinel via AP)

Meanwhile, court records in Osceola County, Fla., show the landlord of their five-bedroom home was seeking their eviction, saying they owed him more than $5,000. They paid a monthly rent of more than $4,900 to live in the affluent community designed by the Walt Disney Company.

Following his arrest, Todt has been cooperating with investigators. He was appointed a public defender Thursday during his appearance before the judge.