Investigators pursuing the decades-old search for the body of Teamsters Union boss Jimmy Hoffa have ruled out the possibility that the man’s remains were buried under a New Jersey roadway, a spokesperson confirmed.

The Pulaski Skyway now becomes another dead end in the decades-long mystery that has stretched from a Michigan horse farm to the East Coast: Where are the remains of one of America’s most powerful labor leaders?

The 47-year riddle returned last year and landed next to a former landfill under the bridge in Jersey City, as was reported extensively by Fox Nation’s Eric Shawn in his series, "RIDDLE: THE SEARCH FOR JAMES R. HOFFA." The FBI conducted a search there in early June.

"Nothing of evidentiary value was discovered during that search," said Mara Schneider, an FBI spokeswoman in Detroit.

She added: "While we do not currently anticipate any additional activity at the site, the FBI will continue to pursue any viable lead in our efforts to locate Mr. Hoffa."

Schneider declined to comment further when asked for details about the excavation.

President of the Teamsters' Union James Hoffa attends the start of trucking contract talks at the Washington Hilton Hotel, in Washington, D.C., Jan. 18, 1967.

Authorities believe Hoffa disappeared in suburban Detroit in 1975 while meeting with reputed mobsters.

Frank Cappola and his father, Paul Cappola, Sr., worked at the old PJP Landfill near the bridge. As was reported in Fox Nation's "RIDDLE" earlier this year, Frank Cappola suggested that Hoffa’s remains were loaded into a barrel and buried underneath the Pulaski Skyway, which is located in Jersey City, New Jersey. 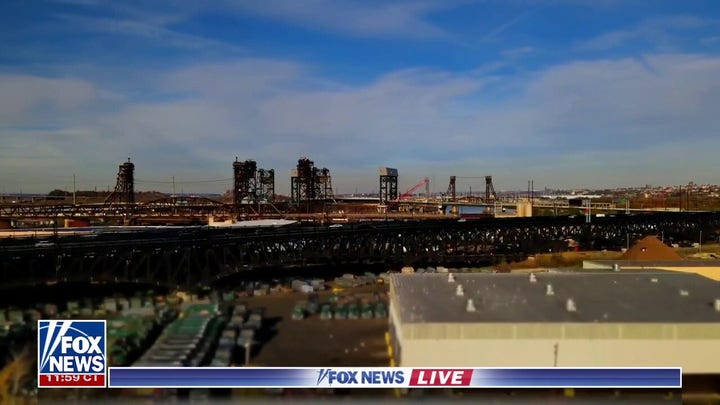 Hoffa was president of the 2.1 million-member Teamsters union from 1957-71, even keeping the title while in prison for trying to bribe jurors during a previous trial. He was released from prison in 1971 when President Richard Nixon shortened his sentence.

It has been long speculated that Hoffa, who was 62, was killed by enemies because he was planning a Teamsters comeback. He was declared legally dead in 1982.

Fox News' Angelica Stabile and The Associated Press contributed to this report.