Epstein guards suspected of falsifying logs: report
Guards at the New York City jail where Jeffrey Epstein is said to have killed himself are suspected of falsifying log entries to show they were checking on the alleged sex trafficker and other inmates with greater regularity than was the case, according to a Tuesday report. Surveillance video reviewed after Epstein’s death shows guards at the Metropolitan Correctional Center did not make some of the checks they claimed to have made in their logs, a source told the Associated Press. The federal jail workers claimed they were checking on inmates in Epstein’s unit every half-hour, but investigators now believe that was not the case. The Justice Department on Tuesday said two guards assigned to watch Epstein had been placed on administrative leave. 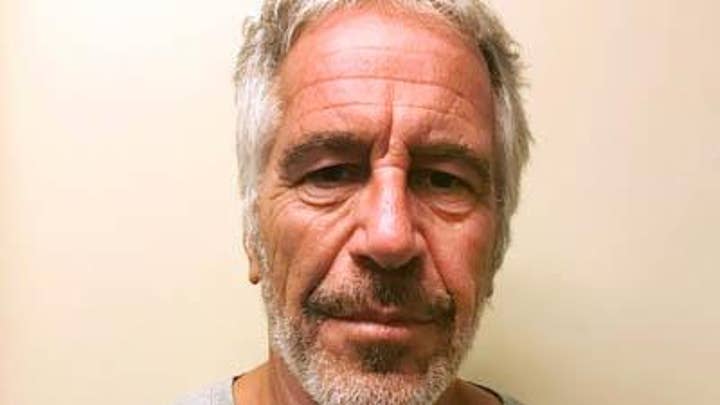 The latest revelation reported by CBS News, comes amid growing conspiracy theories surrounding Epstein's death as he awaited trial on sex trafficking and conspiracy charges. Prosecutors said he sexually abused dozens of young girls in his New York and Florida residences between 2002 and 2005, allegations that could have landed him behind bars for 45 years. Many lawmakers and conspiracy theorists alike wonder how he could commit suicide inside the Special Housing Unit at the jail facility. 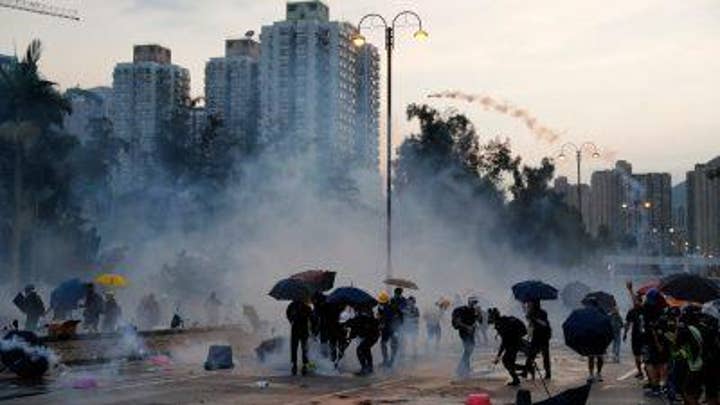 Flights resume at Hong Kong airport after days of protest chaos
Flights resumed at Hong Kong's airport Wednesday morning after two days of disruptions marked by outbursts of violence that highlight the hardening positions of pro-democracy protesters and the authorities in the semi-autonomous Chinese city. According to the Associated Press, about three dozen protesters remained camped in the airport's arrivals area, a day after a mass demonstration and frenzied mob violence forced more than 100 flight cancelations. Additional identification checks were in place, but check-in counters were open and flights appeared to be operating normally.

China has demanded that the United States stay out of the pro-democracy protests. Retired Air Force Brig. Gen. Robert Spalding tells Fox News the demonstrators resemble those who dumped tea into Boston Harbor more than two centuries ago. The way China has tried to discredit the Hong Kong protesters is similar to the way King George III of England criticized the Colonial protesters in America in December 1773, Spalding claimed Tuesday on "Fox News @ Night." Click on the video above to watch the interview with Spalding. 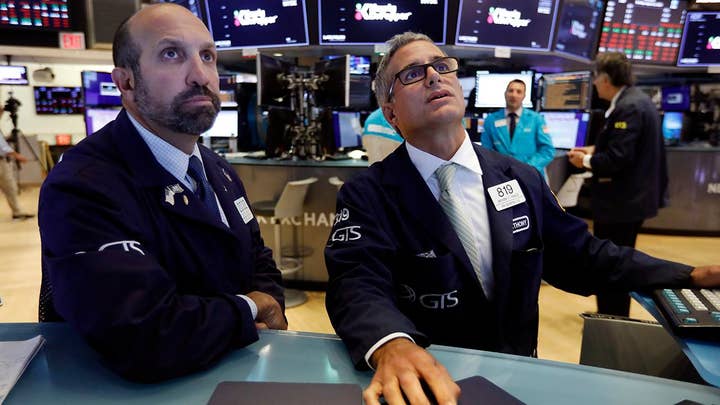 Relief and rallies on Wall Street after Trump administration delays China tariffs
Asian shares were mostly higher Wednesday after U.S. stocks, especially shares of tech companies and bond yields rallied Tuesday following the Trump administration's decision to delay tariffs on key Chinese imports. Early in Tuesday's session, equities turned positive on a report that China's commerce secretary agreed to conduct a phone call in two weeks with U.S. Trade Representative (USTR) Robert Lighthizer, according to Reuters. Wall Street then learned that the White House was delaying until Dec. 15 additional tariffs on certain Chinese exports. The announcement was greeted with relief on Wall Street and by retailers who have grown fearful that the new tariffs would wreck holiday sales. Among the products that will benefit from the 3½-month reprieve are such popular consumer goods as cellphones, laptops, video game consoles, some toys, computer monitors, shoes and clothing.

Portland braces for clash of Antifa, right-wing protests
Portland, Ore., is gearing up for a set of dueling rallies this weekend that is expected to bring an informal coalition of right-wing groups -- some of which have been decried as white nationalists and white supremacists -- and so-called anti-fascists, who have violently opposed these right-wing demonstrators. Portland’s so-called “Antifa” members have issued an online call to followers to turn out to “defend Portland from a far-Right attack.” Portland leaders are planning a major law enforcement presence on the heels of similar rallies in June and last summer that turned violent, and the recent hate-driven shooting in El Paso, Texas. None of the city’s nearly 1,000 police officers will have the day off, and Portland will get help from the Oregon State Police and the FBI.

CNN's Don Lemon accused of assault in sexually charged encounter at New York bar
CNN primetime host Don Lemon is accused of a bizarre, sexually charged assault of a bartender in New York's Hamptons in a civil suit filed earlier this week. In the lawsuit, Dustin Hice, of Florida, said he was living in the Hamptons and working at the Old Stove Pub in Sagaponack during the summer of 2018. On July 15, after closing, Hice claimed he left with the owner and co-workers to party at another bar, Murf's Backstreet Tavern, in Sag Harbor, where they saw Lemon. Recognizing the newsman, Hice offered to buy him a vodka drink called a "lemon drop," according to the suit. Lemon declined the offer, Hice claimed, but later approached him inside the establishment. That was when the alleged, sexually charged encounter occurred. CNN is standing by Lemon and has denied Hice's account and he seems to bear animosity toward the cable news network.

MINDING YOUR BUSINESS
Trump's China tariff delay: What it means for your wallet.
CBS, Viacom agree to merge, forming a $28B entertainment firm.
These retail chains are growing, offsetting others' closures: Report. 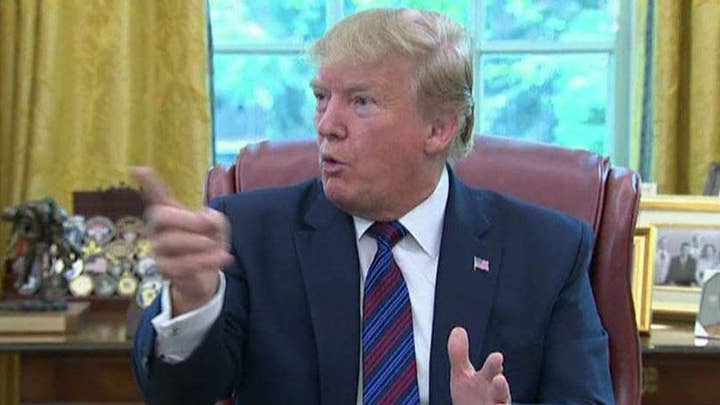 Jedediah Bila says on "The Five" that the reported surge in President Trump's small-dollar donations after attempts by some on the left to target big-money Trump supporters is only bad news for 2020 Democrats.