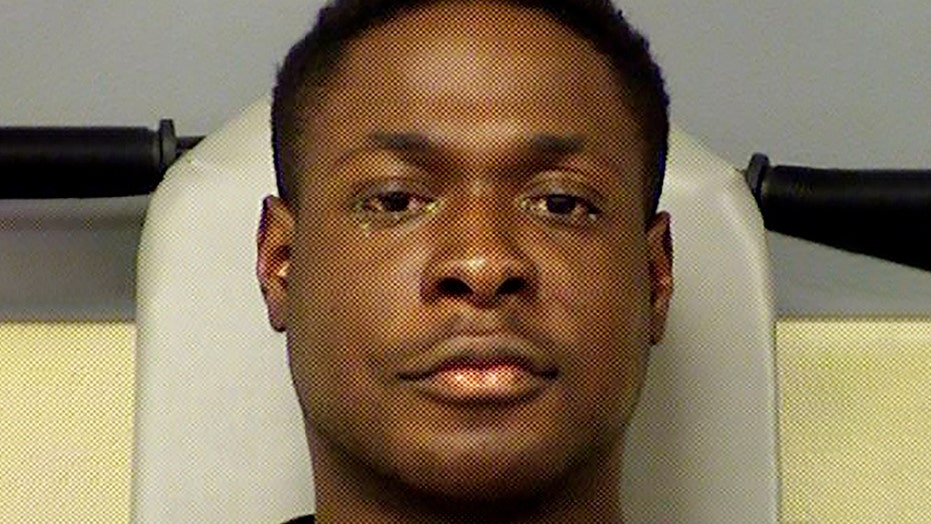 Texas deputies say a doorbell camera recorded an ex-college football player confessing to killing his pregnant sister with a knife, according to reports.

Michael Egwuagu, 25, has been accused of killing his 32-year-old sister Jennifer Chima Ebichi on Friday in Pflugerville.

“I killed Jennifer,” the doorbell camera recorded Egwuagu as saying as he left his sister’s home moments after the murder, the Austin American-Statesman reported Sunday, citing the arrest affidavit.

Mugshot for Michael Egwuagu, 25. The former University of Texas at San Antonio football player has been arrested and charged in the fatal stabbing of his sister at a home north of Austin. (Travis County Sheriff's Office via AP)

Witnesses told police they heard Egwuagu utter those words when they saw him leaving the house with a smile on his face and a bloody kitchen knife in his hand, KEYE-TV reported.

The witnesses told police they had heard Egwuagu and his sister yelling and screaming, the station reported.

An autopsy confirmed Ebichi was about three months pregnant. Officials said she was stabbed multiple times.

"Efforts were made to save her life and the life of the reported unborn child but ultimately those efforts were unsuccessful," Kristen Dark, a spokeswoman with the Travis County Sheriff's Office, told reporters.

Egwuagu played football for the University of Texas at San Antonio for three years.