FIRST ON FOX: A Georgia family's frantic search for missing Debbie Collier is revealed in four 911 calls placed by three family members obtained by Fox News Digital. Police later found her partially burned, stripped naked and dead at the bottom of a ravine off a rural highway.

One caller, identifying herself as Collier's sister Diane Shirley, made an alarming mention of a prior encounter with an unidentified ex-con driving a truck involved in a car crash with the slain woman.

"From my niece, she said that [Collier] was in an accident about a month ago," Shirley told a dispatcher.

Collier was driving behind a truck when a paint can fell off and struck her car, she says on the call. 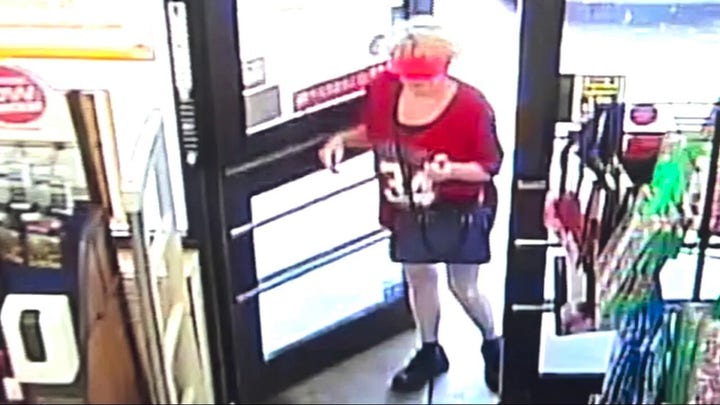 "The paint went everywhere, and the driver was trying to convince my sister not to tell the cops that he was driving because he was out on parole," Shirley says. "And there was a stipulation to his parole that he could not drive."

Athens-Clarke County police confirmed that Collier had been in a minor traffic accident on April 30. Additional details on the incident were not immediately available.

Collier's husband, Steven Collier, also told the dispatcher that his stepdaughter, Amanda Bearden, found his wife's purse in the home. 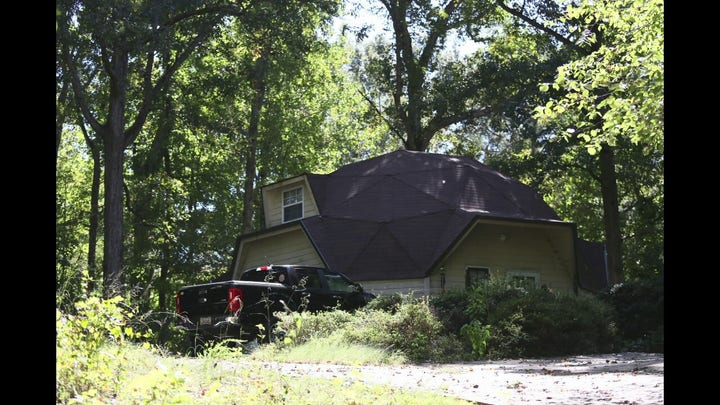 "Came home, my wife wasn't home, her driver's license still in there, the rental car is gone, and her daughter's here," he says, around 6 p.m. on Sept. 10, making the initial missing person report. "We're kind of worried about what's happening and where she's at. I was wondering if you could send somebody over here."

He adds that his wife has no medical issues and that he had been out all day "parking cars for the football game." The Georgia Bulldogs had a home game that afternoon at 4 p.m.

"According to her daughter, who went up and, uh, her purse is still here with her driver's license, the only thing is the phone is gone — and she sent her daughter a text about 2 hours ago saying, 'They won't let me go,'" he continues. "Whatever that means, we don't know."

At one point, the dispatcher asks Collier if his wife could have gone to someone else's house.

"That's a good question," he says. "I thought she was out shopping for food. Her daughter came over with that strange message and then went upstairs to her bedroom and found out that her driver's license and credit card still here. So that doesn't sound like her leaving the house to go shopping, like I thought she was."

She usually does her grocery shopping on Saturdays, he added.

Collier's daughter and husband reported her missing after she sent a cryptic message along with $2,385 over Venmo. (Debbie Collier/Facebook)

Collier had last been seen on Saturday, Sept. 10, after sending her daughter $2,385 over the Venmo app and a cryptic message reading, "They are not going to let me go love you there is a key to the house in the blue flowerpot by the door."

The Venmo payment came at 3:17 p.m., eight minutes after Collier left a Family Dollar store in Clayton, about 90 minutes north of her home in Athens. Collier was seen on camera there carrying a purse and buying several items, which were found near her body. She paid with a card, the video shows.

Collier's phone was turned off after 3:17 p.m. on Sept. 10 — the same time she sent the Venmo payment. The phone's last ping came at that time, about 2.5 miles from a cell tower in Clayton.

The Habersham County Sheriff's Office says her time of death occurred sometime in between leaving the store at 3:09 p.m. and when they discovered her remains the following day around 12:30 p.m. 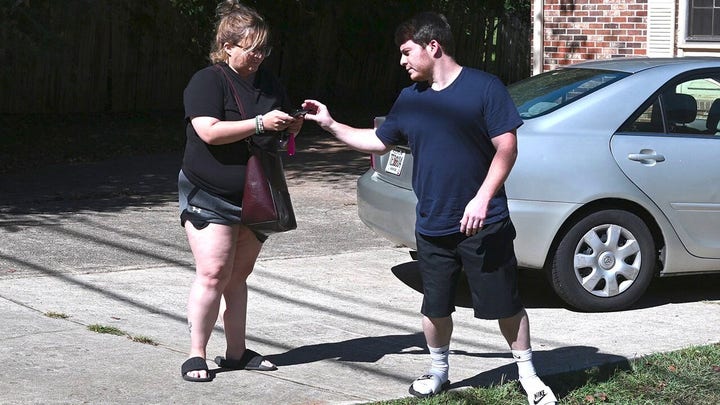 Bearden also told police she had her mom's iCloud details and asked police on Sunday morning why they hadn't been able to trace her mother's GPS.

"Why hasn't what I've asked been done?" she says, her voice clearly emotional. "Why isn't the GPS in her van being traced? Do I need a private detective to do that?"

A couple of hours later, investigators successfully tracked Collier's rental vehicle's location with the help of its SiriusXM Radio. They found her remains a quarter-mile into the woods.

Amanda Bearden and her boyfriend, Andrew Tyler Giegerich are seen outside of their residence in Atlanta on Friday, Sept. 23. Bearden's mother, Debbie Collier, was the victim of a brutal murder, her body found on Sept. 11. (Mark Sims for Fox News Digital)

Saturday will mark three weeks since the missing person report. Police as of Thursday had not publicly identified a person of interest or suspect.

Anyone with information on Collier’s case is asked to contact Habersham Sheriff’s Investigators Cale Garrison or George Cason at 706-839-0559 or 706-839-0560, respectively.

The Habersham County Sheriff's Office is expected to deliver a public briefing on the Collier case at 9 a.m. ET Friday.