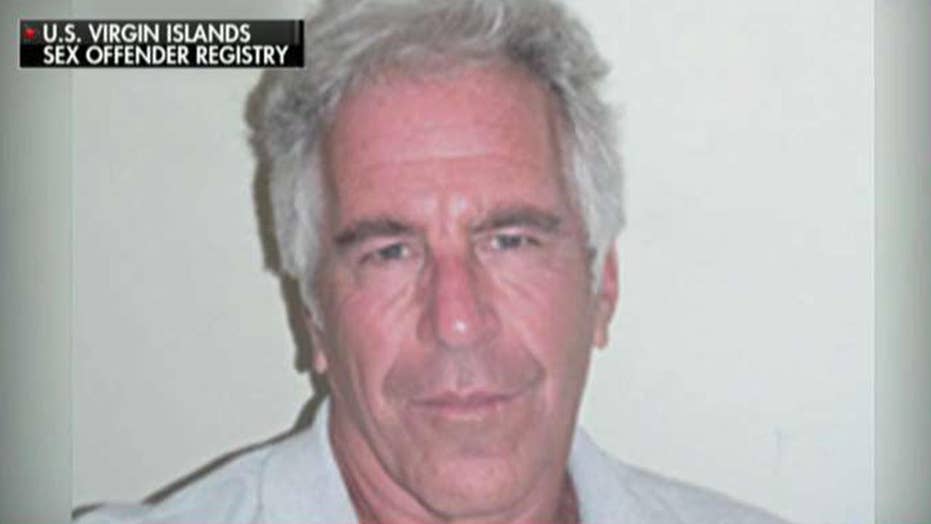 ST. THOMAS, U.S. Virgin Islands -- Jeffrey Epstein has done more for the Caribbean island of St. Thomas in death than he ever did in life.

News the disgraced financier killed himself in jail while awaiting sex trafficking charges is creating a bump in business for locals willing to cater to curious tourists eager to catch a glimpse of Epstein's infamous private estate -- dubbed "pedophile island."

Located off the southeast coast of St. Thomas, Epstein bought Little St. James Island, a 72-acre body of land, in 1998 for $7.95 million. He dressed it up with towering palm trees, a helicopter pad and multiple buildings.

There's also a blue-striped temple that bears a striking resemblance to an old government building in St. Thomas. There had been a gold dome on top, too, but that flew off Epstein's property when back-to-back hurricanes slammed the islands.

Locals recalled seeing Jeffery Epstein's black helicopter flying back and forth from the international airport in St. Thomas to his helipad on Little St. James Island, where he built a cream-colored mansion with a bright turquoise roof surrounded by several other structures including the maids' quarters and a massive, square-shaped white building on one end of the island that some say is a music room fitted with acoustic walls. (AP)

Steve Scully, a former IT contractor who worked for Epstein from 1999 through 2005, claims there were "photos of topless women everywhere."

The perfect storm created by Epstein's shocking apparent suicide and the mysterious activities that occurred on his private island is enough to pique the curiosity of plenty of tourists, including Soledad Simmons, a Puerto Rican resident visiting relatives in St. Thomas.

"I'll admit it's effed up but I want to see where Satan lived," she told Fox News. "You know I'm not the only one."

GREG GUTFELD: EPSTEIN MYSTERY 'THE GREATEST STORY FOR THE MEDIA'

Jon Stewart, owner of Rumbaba Charters, said he's taken small groups of snorkelers near Epstein's private island for years not only because of the coral and aquatic life but also because of the wow-factor of being near the mansion, manicured lawns and quirky life-size plastic cows that staff move daily from spot to spot.

But he really goes because "it's off the beaten path," he told Fox News. "The snorkeling spot is where his music studio is and we'd go down there. It was pretty secluded, but that's changed."

Stewart said in the past few weeks, he's seen a huge uptick in the number of catamarans carrying up to 80 passengers setting off to sail by Epstein's place.

People are not only interested in hearing about the lascivious details that allegedly took place on the property -- they want a close-up view, too.

"Everybody's curious about him," Maanum said with a sigh. His own relationship with Epstein dates back more than a decade. Maanum, now the owner of Tradewinds Galleria, used to have a video rental store on the east end of the island. He said Epstein would frequently stop by on his way to his private island and pick up a movie or two.

"He was nice and supportive and threw some business my way," Maanum told Fox News. "We'd talk."

Maanum said "we all knew something wasn't quite right" with Epstein for a while, but he said things took a sinister turn after Epstein avoided federal criminal charges in 2007 but pleaded guilty in Florida in 2008 on charges of soliciting girls for prostitution.

"The guy was stupid," Maanum said. "After that, he kept a low profile and was suspicious of everyone."

This apparently didn't include some of St. Thomas' more well-connected high rollers or marina workers who describe Epstein as self-centered and demanding.

"When he wanted something, he wanted it right then and there. No one really messed with him," John Michaels told Fox News.

Michaels, who did some work for Epstein, said he stopped after the hurricane.

"He bought a barge company that was about to go under and then he used it to help himself after the storm, not us," Michaels said.

In fact, the island is still reeling from the effects of hurricanes Irma and Maria. Some residents on St. Thomas were without electricity for more than 120 days.

Michaels, who initially said he has "no interest" in anything Epstein, told Fox News he's had somewhat of a change of heart.

"I'd like to go up there and take the flag that's at half staff on his island," he said. "That's an insult to so many people here. You think I can get me a charter boat for that?"