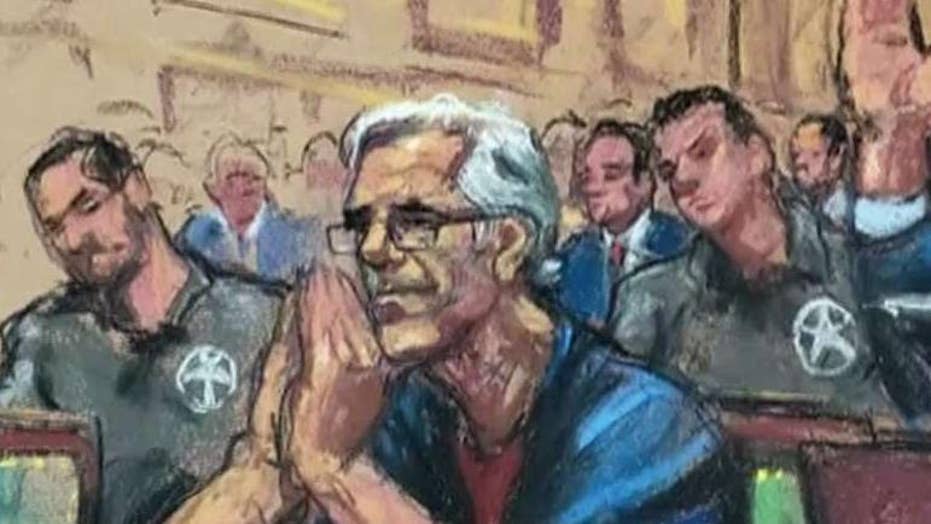 Among those confounded by the revelation this week that accused sex trafficker Jeffrey Epstein had owned and prominently displayed a freakish painting of former President Bill Clinton is the artist herself.

The odd oil painting -- which shows Clinton outfitted in a blue dress similar to the one infamously worn by Monica Lewinsky and suggestively curled up on an Oval Office chair while looking and pointing at the piece's viewer -- is just the latest bizarre twist to emerge from the Epstein scandal in the wake of the 66-year-old's apparent suicide while in federal custody on Saturday.

It turns out the painting Americans can never un-see started life as a school project.

“In 2012, as a grad student at the New York Academy of Art, I painted pictures of Presidents Bill Clinton and [George W.] Bush as part of my Master’s thesis," artist Petrina Ryan-Kleid told Fox News in a statement Thursday night. "When the school put on a fundraiser at the Tribeca Ball that year, they sold my painting to one of the attendees. I had no idea who the buyer was at the time. As with most of my paintings, I had completely lost track of this piece when it was sold seven years ago. So it was a complete surprise to me to learn yesterday that it wound up in Epstein’s home.”

The painting, “Parsing Bill,” that hung in Epstein's townhouse in Manhattan is only the most recent eyebrow-raising detail to emerge regarding the Clinton-Epstein connection. Questions about the extent of their friendship and what the ex-president and the convicted pedophile did during their time together have long dogged both men. Though Clinton has admitted to flying on Epstein’s private plane on four trips related to work for the Clinton Foundation, flight logs indicate two other trips and a total of 27 flights on which Clinton was a passenger.

A representative for Clinton has staunchly denied the former president had any knowledge of Epstein’s illicit activities and insisted the pair's encounters all took place several years before Epstein entered into a controversial plea deal on 2007 charges he sexually assaulted a minor in Florida.

According to the New York Post, which first reported the existence of the Clinton canvas, Epstein – who was arrested in July on charges of operating a sex trafficking ring involving minors – had a wealth of weird art pieces in his New York abode, including one item described as a mannequin hanging from the ceiling in a wedding dress. His other luxury properties were also known to brim with the likes of nude paintings and human-sized chessboards.

The outlandish collection is just one part, however, of what has become a stranger-than-fiction narrative that followed Epstein through life and now hovers over his death.

Federal authorities continue to probe the cause of Epstein's death and the circumstances surrounding his apparent suicide. Officials also continue to probe any potential co-conspirators in the alleged trafficking network operated by the highly-connected and disgraced financier.