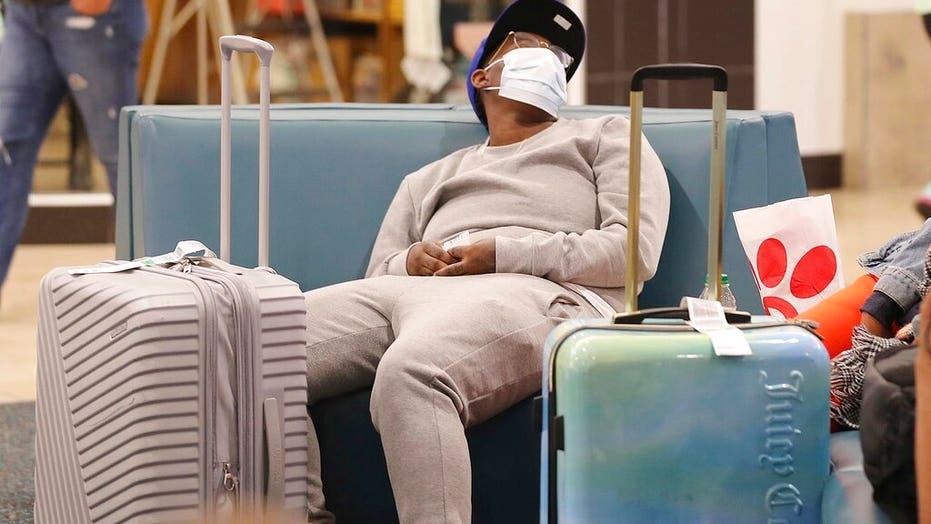 As of Saturday, 22 states across the U.S. have reported 164 confirmed nonrepatriated cases of the novel coronavirus, according to the CDC. Of those cases, 36 were travel-related, 18 were person-to-person spread and 110 are still under investigation. There have been 16 deaths in the U.S. from coronavirus, including 13 in the state of Washington, one in California and two in Florida.

The number of infected cases is likely to be much higher than what the CDC is reported because many of them have yet to be officially confirmed by the agency.

Arizona now has nine reported cases of the coronavirus, according to state health officials. A state laboratory is now using in-house testing for the virus to speed potential diagnoses and avoid relying on the Centers for Disease Control and Prevention.

California has reported a total of 274 cases. California was the first state to see a case arise of “unknown origin.” The state confirmed six coronavirus-related deaths and had the first victim to succumb to the virus outside of Washington state.

Colorado confirmed 77 cases of the coronavirus, according to Gov. Jared Polis. Among those infected, a man in his 30s had traveled to Italy, while an elderly woman is isolated at her home after returning to the state from international travel.

Florida has confirmed 45 cases of coronavirus. As a result, the famed Ultra Music Festival in Miami has been canceled, the first time in the festival's 21-year history it will not go on as planned. Two people who tested positive for the coronavirus died, becoming the first known fatalities outside California and Washington state.

Georgia has reported 42 coronavirus cases. Two of those infected live in the same household. One had recently returned from Italy, which has experienced a surge of cases in recent weeks.

Illinois health officials have announced 46 confirmed coronavirus cases. One case, a woman in her 70s, was the wife of the man who contracted the third case. Those first two cases made a full recovery.

So far 12 people have tested positive after contracting the virus while traveling overseas, according to the state's Public Health Laboratory in Baltimore.

One hundred twenty-three cases of coronavirus have been confirmed in Massachusetts. A Boston man in his early 20s contracted the disease in February after traveling to Wuhan.

Ten people in Nevada have tested  positive for the novel coronavirus. The first patient, a male in his 50s, reportedly has a travel history to Washington state and was hospitalized in "airborne isolation."

The CDC has reported six confirmed cases of coronavirus in New Hampshire. The first case was a person who traveled to Italy who attended a mixer on Friday after being told to stay at home.

The second case is an adult male who was in "close contact" with the first person. They are currently isolated at home.

There are 47 confirmed cases of coronavirus in New Jersey. A man in his 30s has been hospitalized since March 3, according to Gov. Phil Murphy, Acting Gov. Sheila Oliver, and New Jersey Department of Health Commissioner Judith Persichilli.

At least 328 people in New York have now tested positive for coronavirus, according to Gov. Andrew Cuomo.

Cuomo declared a state of emergency March 7 as he announced that coronavirus cases jumped to 11 in New York City, more than doubling the cases in the city. There were 21 new cases in the state, which reported 44 the day before, he said.

There were 57 cases in Westchester County and two in Rockland County that can be traced to a cluster related to Lawrence Garbuz, 50.

“Westchester is an obvious problem for us,” the governor said. “They talk about the contagion in clusters and the clusters tend to infect more and more people.”

Garbuz is believed to have contracted the virus in Westchester and not through travel. Multiple members of The Young Israel of New Rochelle synagogue, where Garbuz worships, have also tested positive.

North Carolina confirmed 15 cases of the virus. The first case had ties to the outbreak at a nursing home in Washington state, officials said.

The Oregon Health Authority has confirmed 30 patients have tested positive for the virus. An elementary school teacher was believed to be the first patient to test positive, and the school closed for a deep cleaning.

The Rhode Island Department of Health has reported five cases of the disease, two in patients who were on the same European trip.

The Tennessee Department of Health has received 18 confirmed cases of the coronavirus. The first was a man from Williamson County who recently traveled out of state. He is isolated at home.

Texas is confirming its 39 case of coronavirus in the state, according to Fox News. The first patient, of Fort Bend County, had returned from travel abroad and has been quarantined in a hospital.

Washington state has been hardest hit by COVID-19 deaths. With a total of 568 cases, the state has seen 37 fatalities. Nine of the fatalities were reported in King County and another in Snohomish County. The state is dealing with an outbreak of the virus at a nursing care and rehabilitation center in Kirkland.

Tech giants in the Seattle area have implemented precautionary measures to protect their employees after two workers from Facebook and Amazon tested positive for the virus.

Wisconsin has confirmed eight cases of coronavirus. The first patient had a history of travel to Beijing before falling ill and appeared to be doing well, the Wisconsin Department of Health Services said in a news release.

As of early Saturday morning, the World Health Organization reported 101,923 confirmed cases worldwide, and 3,486 cases resulting in death. More than 80,700 of the confirmed cases -- roughly 80 percent -- occurred in China. The country had 99 percent of all cases in mid-February.